A few weeks ago when Rhys was refusing to nap, I watched him dance around his crib and start to scream and make random noises. It was amusing. Until Matt and I noticed that he was starting to climb out. And not just attempt to climb, but get full on horizontal.

Now, if you remember, Riley attempted this as well. And the minute Riley was horizontal I was SPRINTING back to his room to get him. I’d go back the second he was attempting to climb out. Or I’d talk to him through the monitor. Basically I did anything to stop him from getting out.

No joke. We were laughing together as we watched our youngest do some crazy acrobatics trying to maneuver out of his crib. At one point he was hanging off. And did either of us move? Nope. I did try talking to him through the monitor, but to no avail, he was determined.

So we continued to watch our little daredevil as he went from horizontal to straight up landing on his feet outside the crib. He did it, much to his (and our) surprise. He then sauntered over to the door and walked on out to us. Man was he proud.

And man, did we laugh about how much he’s a second kid and how much we’ve relaxed as parents.

So now, we just keep him in a sleep sack and hope for the best. Because I am not ready to move this kid into a big bed. No way, no how. Alas, this kid is going to keep us on our toes, I just know it. 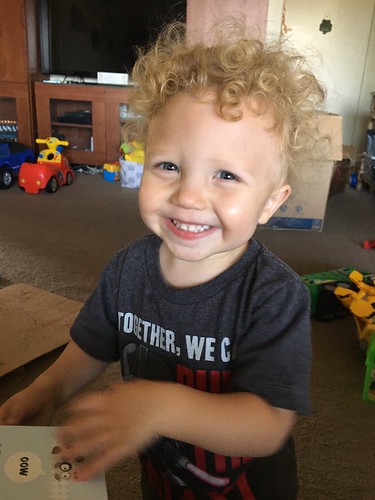