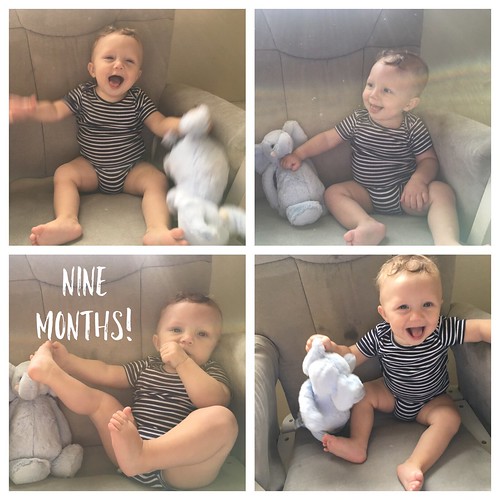 Nine months in, nine months out! On Monday, Rhys hit nine months and I went into denial. Seriously, did I really have this guy this year? Have nine months already flown by? Is time moving at warped speed? The answer to all of those is YES.

– Is on the move and doesn’t stop. He crawls so fast it’s near impossible to keep up with him. He’s also into everything (cords, Riley’s toys, outlets, trash cans) and loves to check to make sure that he shouldn’t be doing it, ha. 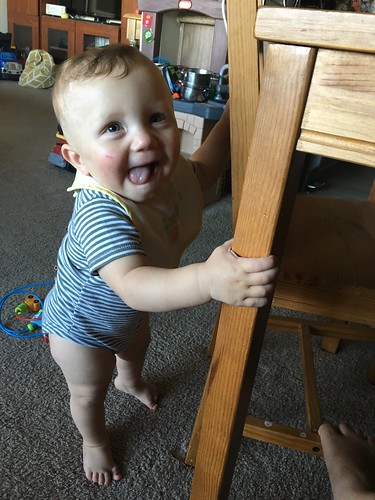 – Is cruising. He loves standing up and can cruise along the furniture. I really hope he doesn’t start walking soon, because I AM NOT READY.

– Constantly has his tongue out. So much so, that sometimes I call him pup. It’s pretty adorable, but also, close your mouth kid, ha.

– Has started to wave more and give high fives and it is so dang adorable.

– Doesn’t sleep. Like ever. It’s laughable at this point. 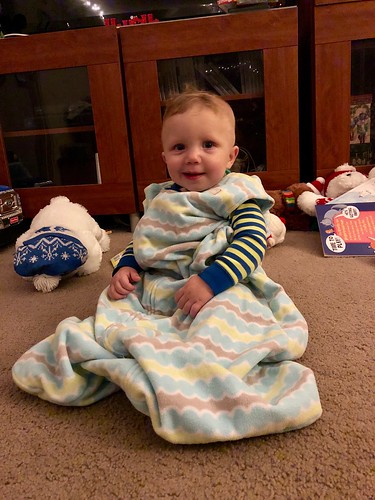 – Snuggles all the time. He’s so snuggly that I love it.

– Is mommy’s boy. It’s a nice change to Riley (who is one hundred percent daddy’s boy) but at the same time, mama needs a break sometimes.

– Is already in twelve month clothing and I think might even be moving up to eighteen month soon. He’s such a chunk, and I love it.

– Loves Riley more and more. They’ve started “playing” together and it’s so cute when Riley’s not being totally crazy. If anything, Rhys tries so hard to keep up and giggles at everything Riley does.

– Celebrated his first Thanksgiving and was the bell of the ball. Seriously, he was passed around my whole family, it was pretty delightful. 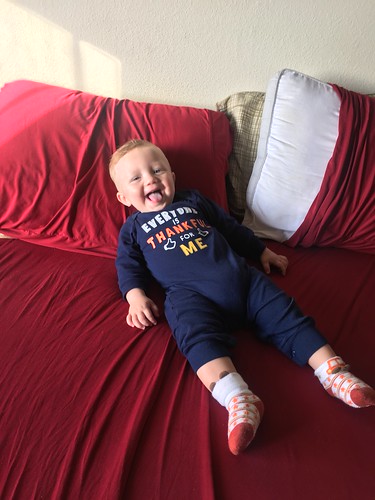 – Is incredibly skeptical of Santa.

– Am loving the holiday season. It’s flying by and I’m trying not to feel overwhelmed for the most part.

– Could use about five days worth of sleep. I guess I’ll just settle for the direct caffeine drip into my veins.

– Survived a solo parenting weekend last weekend. I had the help of my sister, her husband and my parents and aunt, but still. I made it. In one piece. And we even did things (a tree lighting, a Christmas party, puzzles, stories). 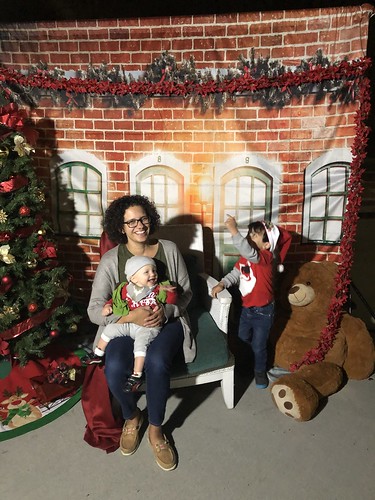 – Have read thirty books this year. I’m on book thirty one and should hopefully read at least one more after that before the new year. I’m patting myself on the back for this feat, because I honestly didn’t think I’d make it past twenty.

– Am a bit in freelance limbo. It looks like one of my clients will be going away soon and I’m trying not to stress out and hope that things will work out. Fingers crossed everyone.

– Can’t wait for our Tacky Sweater Party this weekend. It’s our eleventh year hosting it and honestly, I can’t believe we’re still doing it. The party vibe has definitely changed over the years, but it’s still fun to don ridiculous Christmas attire, drink some holiday drinks and mingle with friends and family.