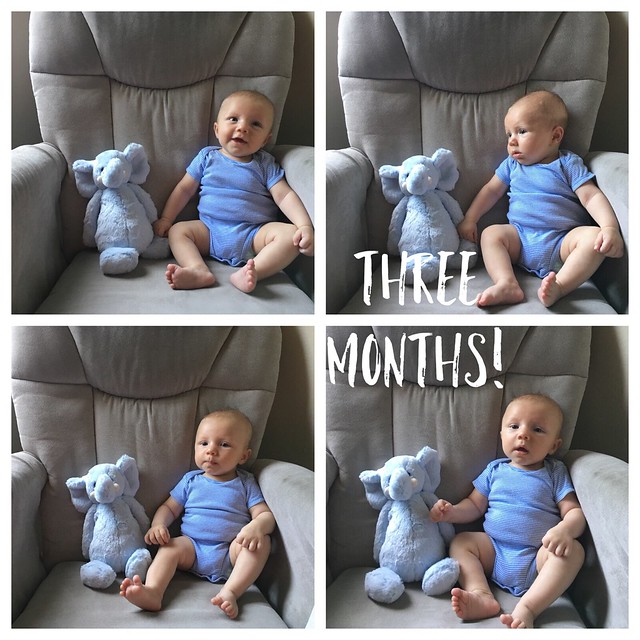 On Saturday, Rhys turned three months old. I think that was by far the slowest fastest three months I’ve ever experienced. I feel like the newborn haze is slowly fading away and his little personality is starting to shine through.

– Started laughing! Seriously one of my favorite parts of babyhood is the giggles. Riley got him to laugh first and then Matt and then me. It’s so adorable to see this little guy light up. 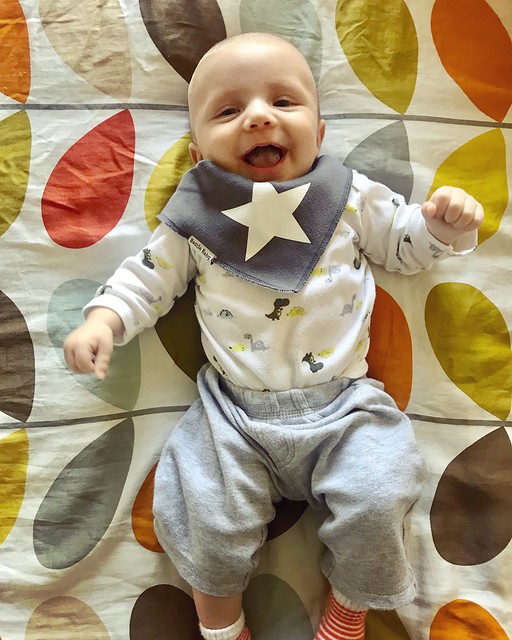 – Adores Riley. No matter what Riley does (even if he hits him – which I’m annoyed to say has happened a few times lately. Hurray toddler tantrums), Rhys is enamored with him. – Is a little spew monster. Seriously, the spew. Still gross. Still over it.

– Did better than Riley on a road trip we took last month. And he’s starting to not hate the carseat all the time. An doing a bit better in the car overall.

– Tolerates bath time. It’s not the worst. But it’s also not his favorite. 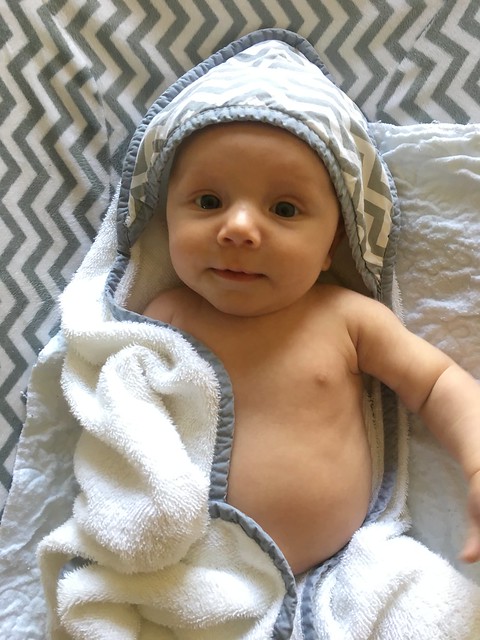 – Loves story time. When I read to Riley before nap time I tend to have Rhys with me if he’s awake. And the little guys stays so focused, it’s adorable.

– Has had a few four hour stretches of sleep. And IT. HAS. BEEN. GLORIOUS. I’m not getting my hopes up on his sleep though since his naps are still sporadic and his overall sleep is questionable. But I’ll take the victories when I can get them. 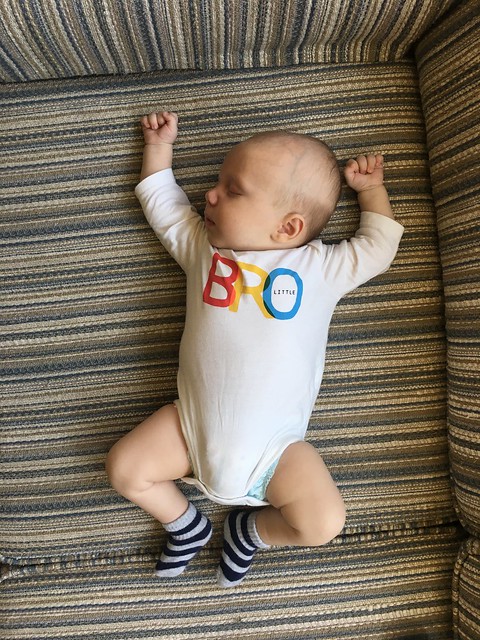 – Thoroughly enjoys his playmat. And thoroughly hates tummy time. He’s trying so hard to roll over but hasn’t quite made it yet.

– Am constantly burning the midnight oil these days and sweet mercy I could use a nap. A really good nap.

– Have ventured out more and more with both boys and sort of feel like I’m getting the hang of it (SORT OF). I’m also really proud of the fact that I thought to keep spare diapers and Rhys clothes in my car because I’ve definitely needed them lately. 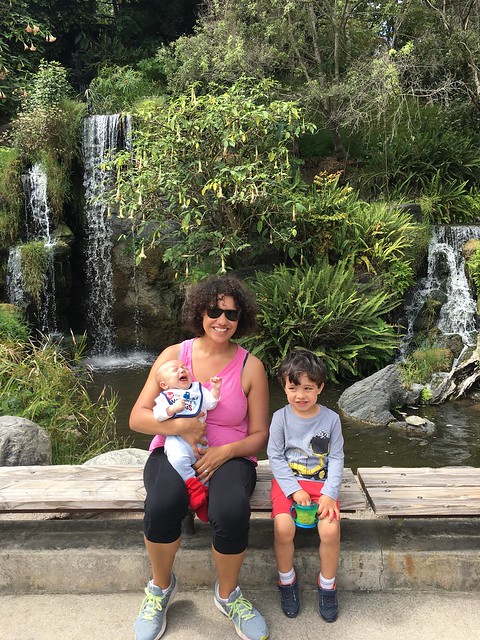 – Am grateful for wine. And friends I can vent to/with. I feel like between the newborn stage and the sassy toddler, my patience is running thin and it’s good to have people that get it.

– Am watching The Handmaid’s Tail. I watched the pilot when I was pregnant and had to put a hard stop to that. Now that Rhys is three months old I decided to try again and it’s still just as creepy. I’m almost caught up on season two and my goodness, it’s scary because it all seems possible.

– Realized the other day that I’ve watched too much PJ Masks with Riley because I noticed when they changed a voice actor.