On Sunday, I became the mother of a two month old. No really. I am. How that happened I have no idea. 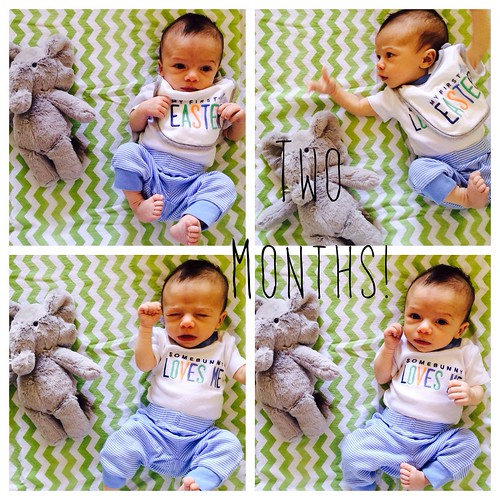 – Is a little goofball. Seriously he makes the best faces and just always makes me laugh.

–  Still sneezes a lot (just like me!) and it’s the cutest. The bottom left picture of the collage above is mid-sneeze and it’s adorable.

– Makes so much noise. All the time. Even in his sleep. So basically I always know where he is.

– Is wearing three month clothing and still sort of swims in all of them. He’s such a string bean.

– Still hates tummy time and immediately rolls over to his back if we try it.

– But loves a good walk. Seriously the kid loves his carseat and any time we’re in the car or on the move, truly his mother’s son. 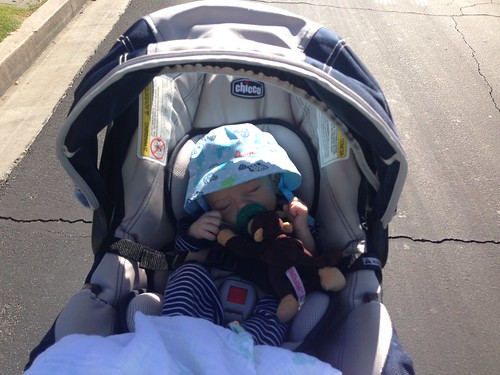 – Has a very definitive mohawk. I mean he was born with it, but his hair is falling out on the sides and accentuating the hawk. It’s amazing.

– Had a wonderful first Easter. There was no picture with the Easter bunny but rather a Winnie the Pooh doll dressed as a chicken. And there was lots of family time and cuddles and he was a champ through it all.

– Was sleeping for four hours at a time during the night. Now it’s more like two hours. Or an hour and a half. Or an hour. He makes no sense. And it’s exhausting.

– Wakes up so happy in the morning. It’s truly the best way to start the day. And almost makes me forget just how little we all slept. 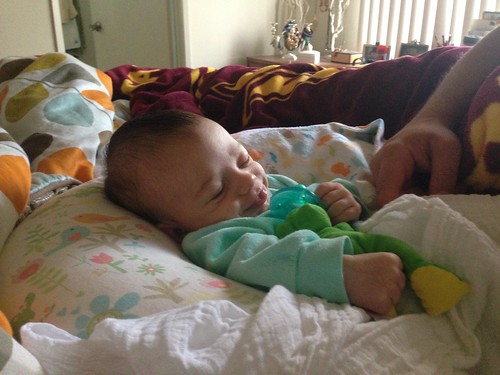 – Am still so tired.

– Wore a bikini over the weekend. And the world didn’t end.

– Am still trying to figure out how to juggle Riley time and freelance work. Eventually I’ll find a balance, but for now I still feel like I’m treading water.

– Sort of figured out how to use the Ergo carrier with him. I don’t know if I’m doing it right but it’s come in handy a few times so I can use both hands to do things, like eat and type and put laundry away. 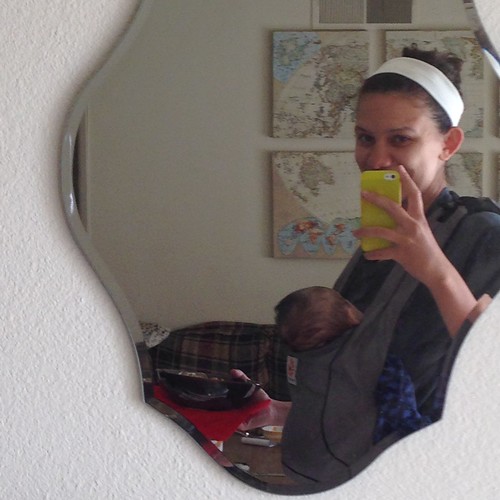 – Have almost mastered the art of eating with one hand. It’s a true talent really.

– Started a new book! I read 20 whole pages over the weekend. The real question will be, can I finish it before it’s due back at the library. Goodness I hope so.

– Am still wearing maternity clothes because they’re so comfy. And because Riley is a little spew machine.

And how are you? I’m so behind in all things life and catching up with friends, so tell me, what’s new kids?