When one of your favorite people in the world asks you to guest post because they are GETTING MARRIED, you say yes. So here I am! I’m Jamie and I’m you’re lovely hostess for the day.

One of the things Katelin and I both super love are celebrities and Hollywood gossip so I figured I’d make my top five post about that today. And because I’m nothing if not thorough, I’m even tying in getting married into it too because KATELIN MARRIED NOW.

I know, I know, overachiever much?

If you were anything like me when you were young, you pestered your mom and dad to buy you Bop and Teen Beat magazines. Then you tore out the photos and pinned them all over your walls. Your room was a shrine and you were convinced you were going to grow up to marry them all. Can you guess where this is going? 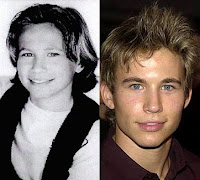 Jonathan Taylor Thomas. Okay, don’t EVEN tell me you somehow managed to escape your preteen years without crushing on JTT. I will straight up refuse to believe it. Everyone loved JTT. Probably had something to do with the fact that we could call him JTT too. It was just so catchy. He starred in Home Improvement and Man of the House. Don’t act like you don’t know. Confess your JTT crushes right now. 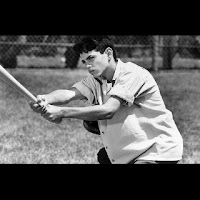 Benny Rodriguez (from The Sandlot). I don’t even know his real name but I was in love with him and going to marry him. I played softball. He played baseball. He appreciated a good pair of shoes. It was just meant to be! Plus, how super fast and brave was he when he was going up against The Beast. 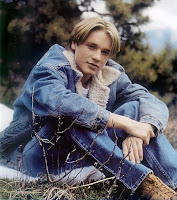 Devon Sawa. There was a boy who lived down the street from me who had blonde hair and blue eyes. His name was Richard and he was my first “boyfriend”. He kind of looked like Devon Sawa so that’s probably why I liked him so much. Anyway, Casper and The Little Giants, remember those? I adored him!

Leonardo DiCaprio. Along with JTT, everyone loved Leo. He was in Growing Pains, Romeo + Juliet and Titanic. I think I watched Titanic like 375 times and probably even made myself cry because it was Titanic and everyone was supposed to cry. I was so ridiculous. Unlike most of these other dudes, he still has a pretty killer career. And unfortunately a thing for Israeli supermodels. Thanks Bar for RUINING MY DREAMS.

Joshua Jackson. I know Katelin will love this one because she shares my love for Josh here. Pacey cemented my love for him, but I initially fell for Charlie Conway. Might Ducks! The Flying V! Quack! Quack! Quack! Josh is still looking good today and all I need to do is get rid of this Diane broad and then I can finally fulfill one of my childhood dreams. Call me, Josh!

So there you have it. Even as an annoying preteen, I still had fabulous taste in boys. It also seems I was really big on sports themed movies (not mentioned but just as loved: Angels in the Outfield with Joseph Gordon-Levitt).

While I might not be marrying any one of these dudes, I have a friend who MARRIED her best friend and I couldn’t be happier for them both.

Congratulations Katelin and Matt! I love you both and wish you the best in the world. I hope you’re having the absolute best time in Italy. xoxo

As for Katelin’s readers? Share your crushes from back in the day!