On Sunday Matt and I met with two potential wedding DJs (hurrah for meetings! and plans!and 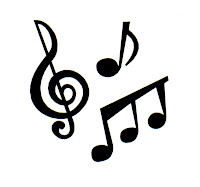 motivation to plan!). They were both pretty awesome and I think we might meet with a few more before making our final decision, we’re still not quite sure about that.

And as we met with DJs the constant question of requests and playlist selections have come up. So of course I’ve been thinking about it a while and as I’ve gone to weddings over the past two years I’ve sort of put together a small list of songs that HAVE to be played at our wedding. I’ve also thought of some that I could definitely pass on. It’s not really that adequate but it’s not horrible and don’t judge please and no “bridezilla” comments either, because that’s just not cool.
So far this is sort of what we have:

No Thank You:
YMCA
The Macarena
Electric Slide

It’s Okay to play:
The Chicken Dance (it is a family tradition after all)

You Need to Play:
Shout
Thriller
Piano Man
A Wink and a Smile
September
ABC
Time to Party
I Gotta Feeling

This Will Be (An Everlasting Love)
So you’d think I’d have a better grip on danceable wedding songs that don’t scream “I’m at a college party/middle school dance/backyard BBQ” but I sort of don’t. And this is where you come in my dear freaders. Help a girl (and her guy) out with some musical suggestions. Luckily I have a better idea for the ceremony and cocktail hour music but even that’s iffy. Basically throw out any and all songs good for a fun times wedding, because clearly that’s what we’re having.

Thanks in advance, you rock my musical socks off.