But I don’t want the world to end.

So have I mentioned before how I’m a major wuss and am starting to become a bit paranoid? No? I haven’t? Oh. Well. I am.

Let me just put it out there….I have an irrational fear of the world ending. Seriously, I’m not 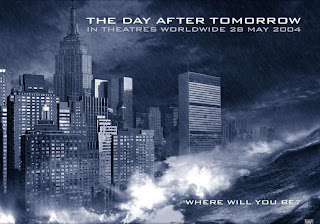 kidding. I hate end of the world themed movies (except Independence Day because you just can’t hate that movie and hello! Harry Connick Jr. has a role [albeit brief] in it and I heart him big time) because they freak me out and hello I’m not a good swimmer so if a massive wave came there is no way I’d survive that and I was never a girl scout so I don’t really have “survival skills” and the end of the world is just a downer.

So needless to say that all of the earthquakes that have been going on around the world have me a little on edge. And the fact that a 4.4 (yes I know that’s nothing compared to other quakes worldwide but for all I knew it was “The Big One”) hit LA on Tuesday morning did not help my paranoia (well that and the fact that there have been so many huge earthquakes around the world lately it’s just nerve wrecking!). 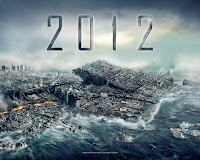 Also, let’s be honest, I just don’t want the world to end! There is so much I want to do in my life and 2012 is just not enough time. So Hollywood, stop making movies that offer legitimate (well to me they sound legitimate) evidence that the world is going be hit by a giant hurricane or a ridiculous earthquake because my wussy heart just can’t take it. That and all this 2012 stuff is messing with my psyche (right word? I have no idea) and I hope it’s all a big flop like Y2K.

So um can we still be friends even though I’m a big paranoid weirdo?

Or are you afraid of big natural disasters too?