Oh what a weekend! What a fun fun weekend!

Friday: Came home and relaxed a bit before heading to El Torito for some happy hour margaritas and Mexican food with Matt and our neighbor Erica. It was even more fun than we expected because it was karaoke night so we got to hear some fabulous performances (and by fabulous I mean ridiculous). Basically the night was great and we ended it watching clips on YouTube and stuff on the DVR, aka awesomeness.

Saturday: Well the rain decided to come again so most of my plans were derailed. Instead Matt and I went and looked at some wedding invites, got some ice cream, did some grocery shopping, then pretty much spent the rest of the day/night catching up on the DVR ,drinking wine and just hanging out having a good time aka awesomeness.

Sunday: Slept in a bit, did some walking then spent the rest of my day cleaning up the apartment before getting ready for the big night! Pretty much before I knew it, the Oscar’s were here and I was as giddy as a school girl (I really have no idea what that phrase means but that’s how I was). I was drinking belinis, my friends were over and we were watching my favorite show of the year, the Academy Awards. One year I’ll be there but for now I just enjoy watching it on TV because it’s all sorts of awesome. Expect the full recap tomorrow but just know I was squealing and squeeeing and clapping and tearing up and laughing and all around enjoying myself with such a fabulous show.

And just for a teaser here’s Sam and all his Aussie awesomeness: 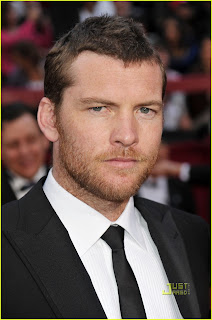 And my favorite Sandy before her oh so big night! Squeeeeeeeee! 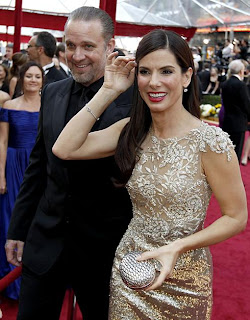 Oh Sandy I heart you!

And how was your weekend? Did you watch the Oscar’s? What did you think???