If you know me in real life you’d know that I rarely used to text people. If someone texted me I 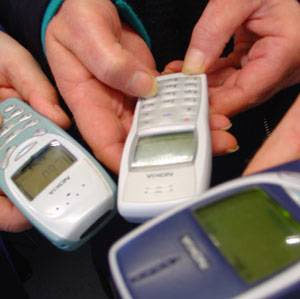 would call them back. I only had 200 texts on my plan and I just didn’t like doing it, it was boring and tedious and I was all about calling to make plans because clearly that is just way easier.

However now I have an iphone (which makes texting so much easier, hello auto correct, I pretty much love you, pretty much being the key word because you have yet to accept that I say “haha” way more than “gaga” in texts, but whatever, I can move past that), I’ve upped my plan to 1,500 texts because people wouldn’t stop texting me so I was getting charged for going over and now I’ve become a texter. I text! A lot! I don’t think I’ve made it anywhere past 400 yet but still it’s a little nuts and a wee bit overwhelming for someone who rarely texted anyone.

I feel like I’ve entered a new realm of technology or something, like some hidden texting group that was forbidden before and I’m just not sure how I feel about it. I sort of miss phone calls as my minutes go unused and my text number sky rocket. But alas I guess that’s just the way it goes, maybe one day people will remember how to dial again and we’ll actually chat, that would be lovely.

So are you a talker or a texter, or the mythical both?

*and yes I know I used a picture of ridiculously old phones, but I totally had that one! It was my first phone eva! So of course it was appropiate.