I don’t think I really emphasized on Tuesday’s post about Keanu’s transformation. I feel like it happens about twice a year. Twice a year when Keanu has to shower and shave and cut his hair because he’s filming a movie and it’s that brief span of time that I aim to meet him. Although I am a big fan and he’s my number one, his scruffy mcscrufferson hobo look does not do it for me.

If you recall Keanu previously looked like this (aka as the not filming or trying to impress anyone phase): 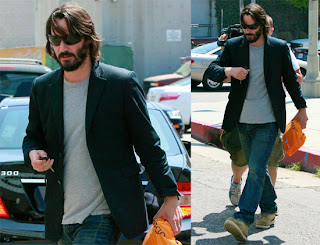 a razor? what’s that for?

And now, Keanu is currently filming some movie that I have no idea what it’s about but I will most likely see unless it’s super scary or something like Shutter Island (Leo I love you but why oh why are you doing such a creepy movie that I know my heart won’t be able to handle because I’d like to make it to 26 thank you) and he looks good, well I think he looks good, maybe a little concerned in this picture and not quite Jack Traven good but eh it’s better than the no-shave phase: 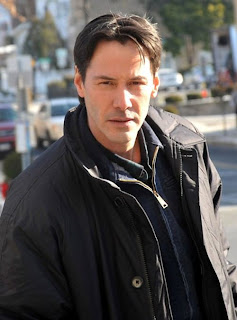 oh that’s what a razor is for. 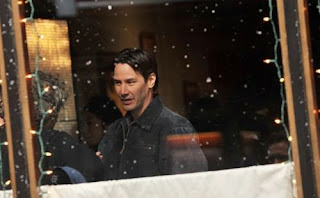 So the point of this post? Keanu has shaved and now is my time to meet him! So send all Keanu vibes my way (which probably include a Woa or three) and fingers crossed his filming brings him to LA and I’ll be able to meet him because that would be all sorts of awesome and I have yet to see a celeb in 2010 (yes I know 2010 is only 14 days old but I’m impatient) and why not start it off with my numero uno right?

Do you heart all your number one’s looks? Do you even have a number one? Do you like Keanu too? Wait don’t answer that last one, I don’t really want to know, haha. Keanu 4 Eva.