I swear my blog isn’t becoming the new Twilight Addicts Anonymous location…well because I am so not Anonymous…ba dum ching! But really, I know there’s been a lot of Twilight around here and well it’s my blog so I’m okay with that.

And in the spirit of New Moon coming out in a week I figured why not give away the soundtrack, since I was so graciously given one at the press junket and I already owned a copy. 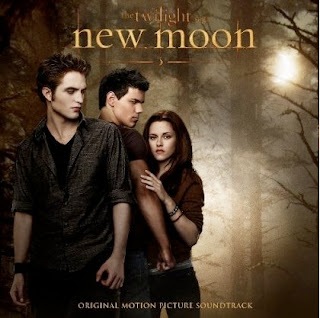 And I gotta say, even if you’re not a Twilight fan, this soundtrack is pretty good. It definitely makes me feel all indie/emo/in-the-know when I listen to it which is fun and I figure Rob is probably listening to similar stuff which is even cooler, haha.

And just for funsies here’s the tracklist:

So what do you do to win this New Moon gem? Leave a comment with what your emo band name would be? And for an extra entry, tweet away and leave a new comment with your tweet.