Cheesecake, Snoogans and the Haunted Mansion.

So basically this weekend was amazing. I love weekends like this last one and I’m quite sad that it’s Monday already because I could pretty much use a day of sleep to recover. Anyhoo moving on…

Friday: After work neither Matt or I wanted to make dinner so we went to Cheesecake Factory to use a gift card I had. Seriously that place never lets me down. And the best part? Red Velvet Cheesecake!?! I think my jaw dropped when the waitress mentioned that and we just had to get a piece to bring home. After dinner we came home to drink some wine and our neighbors came over to play some Mario Party on the Wii. Basically, it was a lot of laughs and trash talking and just a whole lot of fun.

Saturday: Slept in a bit before my day o errands. It was a nice day to get lots done, found my Halloween costume and all that good stuff. Afterwards went on a six mile walk with my mom and rushed on home to shower and get ready to go again! And then Matt and I were on our way to see one of his favorite people, Kevin Smith, at the Orpheum. It was hilarious. Seriously I had tears in my eyes most of the night from laughing so hard. Kevin Smith is so dirty and crude and awesomely amusing. He started out the night with a sex story and lots of references came up throughout the night. He also talked about Wayne Gretzsky, Jason Mewes, Ben Affleck, Bruce Willis (he just finished working with him on a new movie and the stories were so funny), his introduction to weed, an obsession with Yummy.com, realizing that he has to figure out where his writing is going and so on. Basically if you’re a Kevin Smith fan, I highly recommend checking him out on tour. The Q&A format is great and the stories he tells are just so awesome and Matt and I had a great time.

Sunday: I forgot to mention earlier that on Friday Matt told me that Sunday would be a surprise. So we woke up early and were on our way. Half way into the drive Matt told me to close my eyes so I’d be surprised and surprised I was when we finally got to our destination, DISNEYLAND!!! I’d been saying for a while how I’d never been to Disneyland during Halloween time and Matt thought it’d be a great surprise (well yeah it was) for me and a fun time for us. So basically we spent the whole day at the park, even met up with our neighbor who was there enjoying her birthday and all around had a great time. We even made it over to California Adventure for two rides (their amazing roller coaster, seriously one of the best and the Tower of Terror). 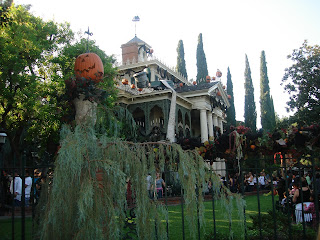 loved all the fabulous Halloween decorations
at the Haunted Mansion, woo. 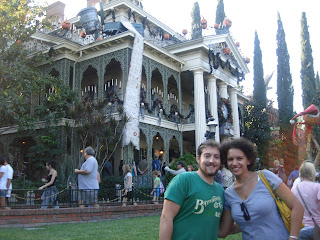 Matt and I in front of the mansion, ooooooo. 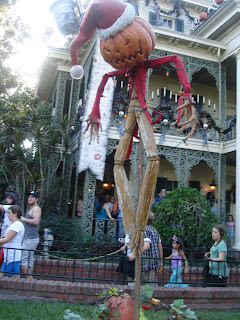 it was Halloween and Christmas! 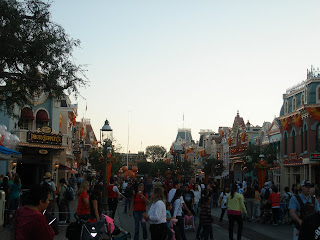 a look at Main St. all decked out for Halloween.
loved all the pumpkins everywhere. 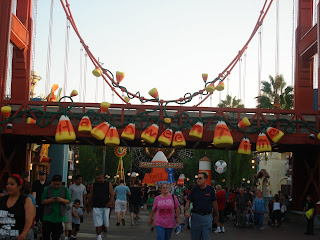 California Adventure was decked out too. so fun! taking a walk to a back drop, haha. 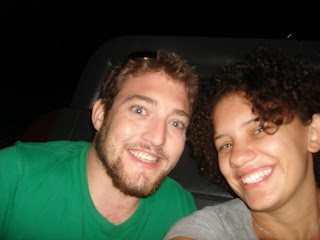 one more shot before heading home.

So yeah, as if Matt wasn’t awesome enough this surprise was amazing. It was great to just have fun, go on all the rides we wanted to and just be together having fun and not worrying about anything and trying to ignore how much our feet really hurt, haha. Also, some other highlights of the day: We got soaked on Pirates of the Caribbean, waited way too long for Peter Pan, and screamed like a little girl on Space Mountain. And now I can officially say I’ve been to Disneyland during Halloween season and I’ve finally been to California Adventure, two great things to check off my list.