Craig David is my new BFF.

That pretty much sums up last night. As I write this I don’t really have a voice, my feet are sore, I’m exhausted and it was all totally worth it. The Craig David concert in a word was: Awesome. Seriously I still can’t get over it, haha.

Basically my sister and I got to the Mint at 6:20 and waited in the line outside, made some friends (seriously there were so many die hard Craig fans it made my heart happy) and hung out til we were finally let in at like 7:30:

check him out headlining Tuesday! Ah! 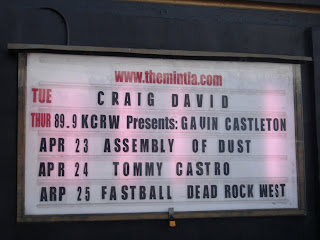 my sis and I waiting in line 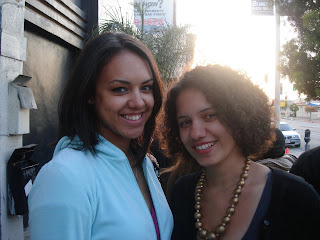 Once we got in I couldn’t believe how incredibly small the Mint was. I mean I could reach out my hand and practically touch the stage, that’s how close we were! I had like two short people in front of me and that was it! It was amazing! Even more amazing was when Craig finally came to stage (opening with “Hot Stuff“) and everyone went wild, myself included of course, haha. 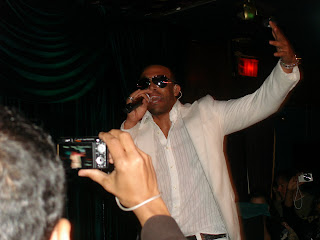 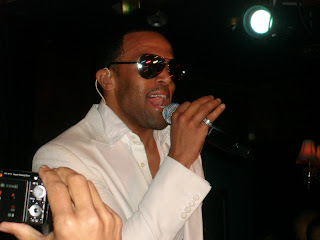 Is he not amazingly zexy. And just add a British accent and a ton of girls (and even some guys) screaming and you have the concert. The show was just Craig and his guitar/keyboard player and it was perfect. I love acoustic songs and all and wow just wow. Sorry I keep saying wow but I’m still in awe of the concert and I’m not even at the best part yet…

So yeah the concert was great…two more shots to prove it:

Craig and Kwame (sp?) getting down 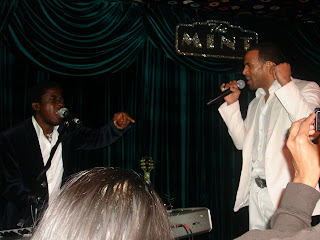 yeah it was pretty hot in there, haha 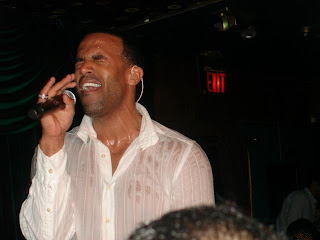 Basically Craig played every song I love and ended with my favorite of faves “Fill Me In” and he came out for a brief encore and I couldn’t believe the show was already over. After it was over I convinced my sister to linger around and hang out to see if we could meet him. Ultimately I met Craig’s security guard and chatted up with him a bit and told him how I was such a huge Craig fan and I decided to get a picture with in case I couldn’t meet Craig: 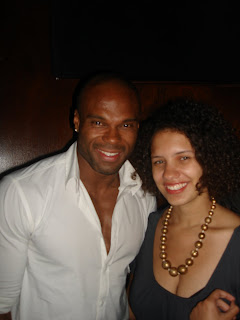 And then I got a pic with the guitar player who was hanging out with everyone and totally friendly and funny: 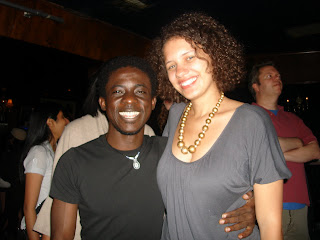 And I had almost given up hope on meeting Craig until I saw people finally get to go back stage. So my sister and I lined up and slowly but surely made our way to the front where several people were trying to push past us the security guard pointed out how he had to make sure that my sister and I got back there to meet him (umm I almost melted). And before I knew it Craig’s manager er I don’t know who she was, lead us to the a back room to meet Craig!!!!

I think I may have been shaking on the way back there but the woman took my camera and asked our names and introduced us to Craig. I stayed surprisingly calm (as my sister pointed out, haha) and I told Craig all about how I was supposed to meet him in 2002 and how things got messed up and I never got to. And he was so nice and totally apologized and gave me a hug (actually three) and I told him about the past shows I’d been to and how this was one of my favorites because it was so intimate. And aaaaaaaaaaah the heaven’s parted and I got not one, but TWO pictures with him!!! 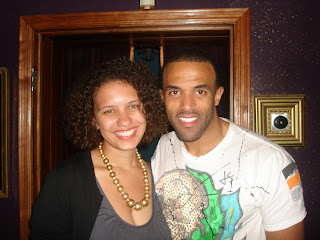 and Kourt joined the pic too! 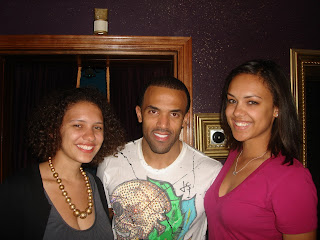 After the pictures I told Craig to please come back to LA sooner than 7 years from now and he made the joke “how about 7 days from now?”, haha. Oh how I wish! After we left I couldn’t believe I could even walk since I was so ecstatic and exhausted, but we made it and I still can’t believe it…

I know it doesn’t mean much to a lot of people, but to me last night was nine years in the making and I’m so incredibly happy it finally happened!

Anyhoo yay Craig! And I highly recommend you check out his music, it’s fantastic.