I need the weekend, stat.

Have you ever realized that you do something simply because you saw it on TV?

Yeah well I learned that I have started incorporating TV lingo into my everyday speak. On Wednesday I was talking online to my friend and I typed “I need to go on vacation, stat.” She then replied “Stat? What is that?” She really had no idea what the word stat meant and I actually had to look it up and post the definition, which is:

Medical term used to imply urgent or rush. It may appear in lower case letters as stat or in capital letters as STAT, as in “Treatment may include STAT surgery.” The term is derived from the Latin word “statim” which means immediately. 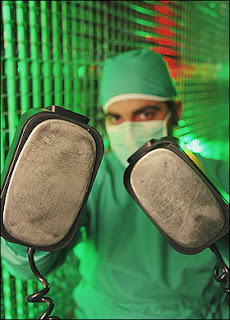 I then asked my coworkers if they ever heard anyone say “stat” in conversation and they both said “well only you and medical shows.” And that’s when it hit me. I’ve started talking like a doctor, haha. I’ve already established that I’m no Doc and actually have quite the opposite effect, but that doesn’t mean I don’t talk like one. Apparently all my years of watching episodes of Grey‘s, E.R. and SVU are rubbing off without me even noticing.

I wonder if I’ll start saying ‘legendary‘ or ‘fetch‘ next? Haha.

So does anyone else say ‘stat’ or some other random word they picked up from TV or a movie without noticing? Or is it just me? haha.