First of all, thank you so much to everyone for the kind comments to yesterday’s post. As you know I rarely get serious here but it all just meant so much for me to not share it, so thank you, really thank you.

Now moving on to more silly things, well not silly but rather more answers to the bagillions of questions you all asked Matt and he’s still answering, haha. And here we go: 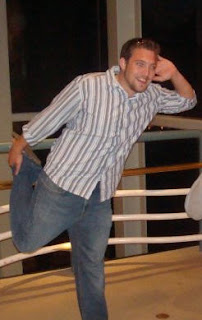 Hillary asked: What is Katelin’s quirkiest habit that you’ve only discovered since moving in with her?
A: So believe it or not there isn’t much I didn’t know about her, even the quirkiest little habits. For example, she sneezes nonstop, it’s kind of ridiculous, but still incredibly entertaining. Or, she’s the strangest when it comes to sleeping. Like she gets really tired all the time right, but every now and then she gets a ridiculous burst of energy, and it’s usually in the rare times that I’m actually tired haha. As for new quirky habits, not really a whole lot. Things to know about her though, at least through my eyes:
1. Ridiculously scared of any type of bug or insect(which means not only am I a mechanic and an all around Mr. Fixit, but also a exterminator.
2. Watches an amazing amount of television, it’s really incredible.
3. Has a desire cook, and she’s getting there, at the expense of a burned pot or pan here or there haha.
Oh, one thing I have noticed, she reads, like a lot. We’ve lived together now for about 2 months, and I think she’s read like 3 books already. I’m still in the middle of 2 books, going very very slowly haha.
(actually it’s probably more like 6 now, haha)
rs27 asked: How many times have you gotten yelled at for leaving your toilet seat up?
A: Actually none, and I’m not quite sure if that’s because i’ve been good at it or because she’s just been really patient with me haha, I’m sure we’ll find out soon enough though haha.
chris asked: Describe Katelin in 3 words.
A: WOW, this is a hard one. Here it goes: Beautiful, Crazy, Loving.
sarah marie p asked: What is the best thing about living with Katelin?
A: Knowing that we’re continuing our lives together, being able to say that yes, I live with my girlfriend and yes I love it.
and The worst?
A: Watching A LOT of girly TV. I mean really, is a man supposed to watch Grey’s Anatomy, Top Model, The Hills, Stylista, and Desperate Housewives, I don’t think so…… haha
and What do you think is Katelin’s most beautiful feature?
A: Her laugh, her smile*
*=by that I mean her boobs and butt of course :)
dana asked: Does Katelin do anything that really annoys you?
A: On a constant basis, no not really. But she is much cleaner than I am so she is very organized with everything so she is constantly telling/reminding me to put stuff away, clean stuff, do stuff to keep the place in order, but that only annoys me when I was planning on doing whatever she tells me to do in a bit anyways.
and What is your favorite thing about Katelin?
A: hmmmmm, good question, as are they all. Um, well i’m not quite sure what to say here haha. I guess the fact that she can put up with me haha. She lets me tickle her, which is always fun, and she puts up with my nasty/quirky habits.
and What is your favorite thing to eat?
A: Ribs, I had ribs for lunch, that’s why I’m doing this.

And now you’re all that much closer to knowing Matt….and me…haha.

hope you all have a most fantabulous day!