Talk about a birthday weekend, I got to celebrate three this weekend and man was it fun. Tiring, but fun, haha.

Friday: After work I came home for a bit then Matt and I headed over to the Yard House to have dinner and drinks with a friend. Seriously I love that place. I got the mac and cheese and pear cider, the same thing I get every time I go and it definitely did not disappoint. So yeah if you ever go, try it all out. After dinner and drinks Matt and I came home, relaxed a bit and slept off the long week, it was glorious.

Saturday: Matt and I set out early to drop my car off for an oil change (whoopee) and look for pumpkin patches. Unfortunately none of the pumpkin patches were open so we had to nix that idea. Eventually we made it to several thrift shops and costume stores looking for costume ideas. Ultimately we went to Party City, which was like a Halloween war zone, and found costumes we liked. I’m not going to say what we’re going to be because apparently Halloween hates me and I didn’t realize until Sunday that they gave me the wrong size and when I went back to exchange it they were all out. So now I’m on a mission to find my costume in the right size or make my own, wish me luck. After our Halloween frenzy we went over to Matt’s brother’s girlfriend’s parent’s house for the mom’s birthdayness. We watched football, had excellent food and had an all around grand time. We ended staying there all night, watching Ironman and SNL (which was hilarious by the way, man are they on a roll these days). Eventually we made it home to relax, read (I finished my 16th book of the year) and hit the hay.

Sunday: Woke up early(ish) and went on a cleaning spree in the apartment. Then we were off to lunch for my grandma’s 96th birthday with the fam at Shogun. Twas quite the fun and tasty time.

my dad and the birthday girl :) 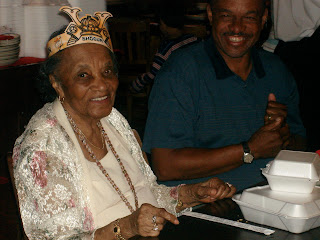 my boyfriend makes the funniest faces 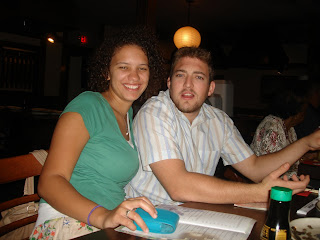 the whole fam together 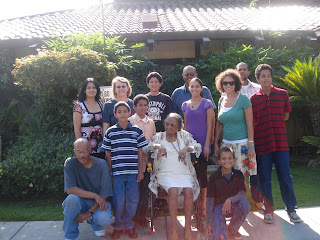 After lunch I sprinted home, changed and grabbed my costume to try and exchange. Sadly no exchange was made and Party City officially landed themselves on my shit list. Then I quickly rushed over to the Rose Bowl to walk another nine miles with my mom and aunts. After walking I sprinted back home yet again for a quick shower and change to get ready and go out for Matt’s brother’s birthday. We went to this Mexican restaurant, El Cholo, and it was fabulous. I forgot how much I love margaritas but man were they great. All in all in was another great birthday celebration to add to the weekend:

matt and his brothers 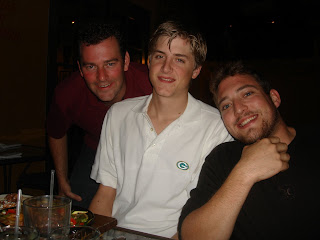 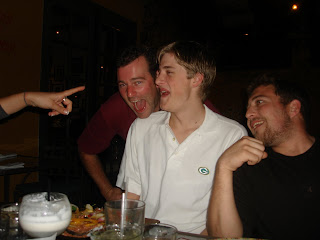 Twas a lovely dinner and lots of fun and tastiness. We spent the rest of the night at home, hanging out, catching up on the DVR and resting my tired legs, haha.