So today I was going to post about Top Model and Fringe but alas I have yet to watch any of them because instead of hanging out at home and watching my TV with Matt as planned, my mom invited me to a play last minute. So those recaps just have to wait until manana. (err or check Buzz Sugar here for a recap of Fringe I have yet to read).

In Fringe related news however, I heart Joshua Jackson. Big surprise right? Haha. Heck the guy has his own tag on my blog, of course I heart him. I’ve had the biggest Josh crush since his days as Charlie in the Mighty Ducks movies and the crush was only perpetuated with Dawson’s Creek.

It also helps that Josh has always been seen as a nice guy. His characters have usually been nice (minus the toolbag character in Scream 3 I believe it was) and he himself has always been so wholesome (minus that whole arrest thing, pish posh, haha) and dangit I just like him. And I want to meet him so we can be friends. Even more so his latest batch of nice came when he randomly stopped by Katie Holmes’s (who refers to him as her “first love) dressing room and brought her flowers and just stopped in to say “hi.” Now if that isnt’t one of the sweetest things ever I don’t know what is. 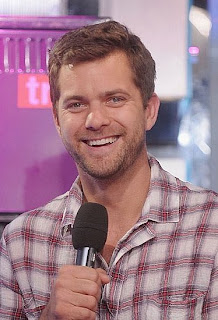 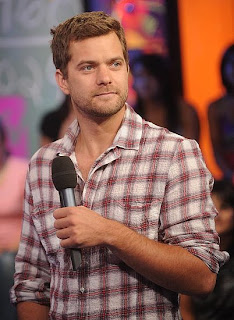 So yes I have a big ole crush on Josh J and I hope to one day meet him and tell him of his awesomeness, however I do have my own real life Pacey Whitter and I lurrrrrrve him. Yes of course I’m talking about Matt because really who else would I be talking about, haha?

I saw this little diddy of a meme on Lacey and lspoon‘s blogs and I thought I would do part of it to tell you a little more about a boy who I have a legitimate crush on, actually know and truly love, so here goes: 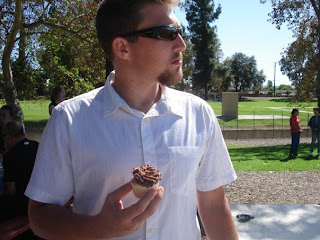 He’s sitting in front of the TV, what is on the screen?
ESPN. The boy loves his sports and sports update. or Jeopardy, he’s also a smarty pants.

What’s one food he doesn’t like?
I have pick just one? Haha. Matt doesn’t like fish, peanut butter (well he’s allergic so it’s understandable), Mexican food, rice, or most cereal. I know he’s a weird one, haha.

You go out to the bar. What does he order?
Depends on the night and who’s with us. If it’s a chill night most likely he’ll get a Rolling Rock, if the guys are with him and it’s a crazy night, Irish Car Bombs all around! He’s a champ at those, haha.

What is his favorite type of sandwich?A huge sandwich, haha. He loves turkey, ham, cheese, pickles, lettuce, tomatoes, mustard, and something else I’m forgetting but yeah he loves a good sandwich, but really who doesn’t?

What would he eat every day if he could?
Ribs. or Wings. He loves them both. Just like that commercial, Matt is a meatatarian for sure, haha.

What is his favorite cereal?
Not a huge cereal fan really, but he does love Cookie Crisp that’s for sure.

What would he never wear?
A pink polo…er pink anything. Unless it was for a costume or something.
What is his favorite sports team?
49ers for eva.

What is something you do that he wishes you wouldn’t do?
After living with him for 2 weeks I can say that the boy likes a lot of light. I’m more of a dim light girl myself and he’s more of an every light in on the place boy, haha. But I still love him.

What is his heritage?
Irish and he definitely embraces it, haha. 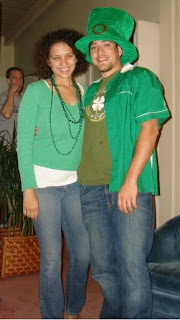 Did he play sports in high school?
Played football briefly and soccer. But loves watching all sports, he’s definitely a sportsy guy, haha.

What could he spend hours doing?
Playing golf or working on cars I would presume.

What is the most thoughtful thing he’s done since we started dating?
Okay I totally added this one just because, like Josh J, Matt has definitely sent me flowers to cheer me up. Whereas Josh thought Katie needed a friendly face, Matt knew that my Ipod had been completely wiped clean and I was music-less and distraught. And because of that he sent me flowers which definitely made the day better. Yes I am lame for being sad over my music and yes he is awesome for sending me flowers :) 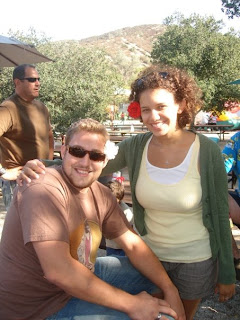 And that my friends is Matt in a nutshell. And I luuuurve him. Obviously. :) 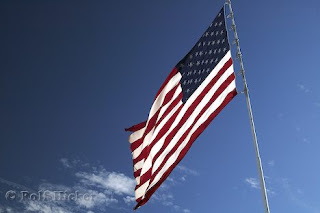