Cultured domesticate is my middle name.

Ah yes, another weekend enjoying the grown up life, I really can get used to this. Although it wasn’t me typical weekend of busy busy busy, I throughly enjoyed being able to relax and mosey about the weekend activities.

Friday: I was initially going to go to a screening of Fringe at the Paley Center but instead decided that there was no chance Josh Jackson would b there (but if he did end up going man I am going to be pissed) so instead Matt and I made our very first dinner in the new place and had his bro and his girlfriend over. It was so grown up of us and I loved it. Matt got to use his new BBQ and made some short ribs, I utilized the stove top to make some tasty pasta and the oven was heated up for some delicious bread. I was going to take pictures but by the time it was time to eat the hunger was taking over. All in all it was a lovely meal with lovely guests who even brought a lovely gift (a pirate wine bottle holder) and who doesn’t love gifts? After they left Matt and I just enjoyed a bottle of wine and some television, ah loverly.

Saturday: Slept in a bit, did some hanging up of more pictures and made the place a little more homey (I love it). After a bit I headed over to Matt’s brother’s girlfriend’s parent’s house to watch Matt’s live fantasy draft and man was it worth it. Watching the draft was so funny and there was plenty of good food and fun people to keep it amusing. The only bad thing was that my allergies kicked up big time and I had to leave. Came back, napped then went with Matt to a friend’s BBQ. Had some more tasty food and saw more lovely friends and before we knew it it was time to leave again. We rushed back home, got ready and then headed over to the LACMA for a Flash back event with a couple friends. It was a pretty fun event, lots of people, lots of cool paintings and photographs from the 70s, all around a cultured evening. Here let me show you…

one of my favorite pictures of the night 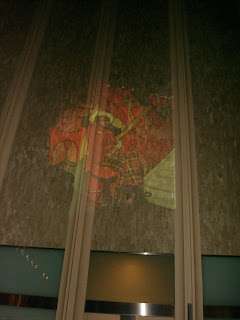 so what’s this picture exactly? haha 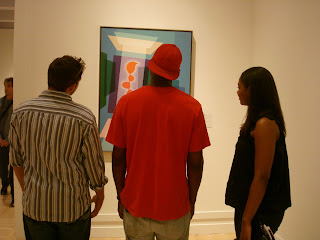 one of my favorite paintings of the night 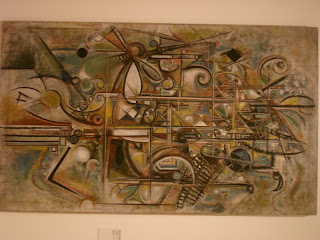 me and Matt enjoying the museum 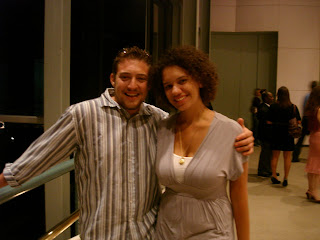 the girls (minus Kat) smiiiling for the camera 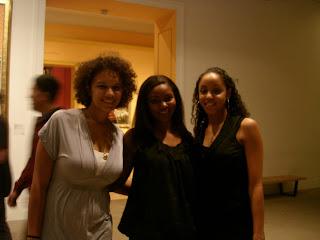 the boys in their “natural state” 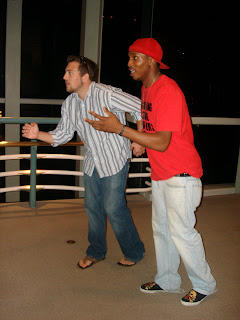 and showing off the dance moves 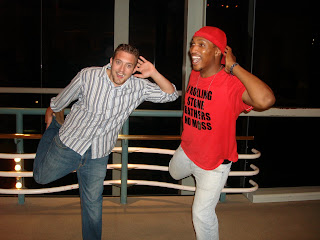 the awesome light display in front of the museum 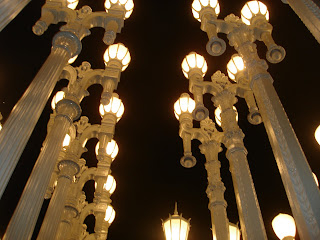 Kat and I “hiding” 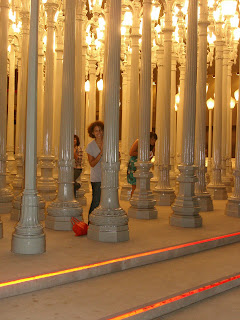 All in all it was a lovely night. Afterwards Matt and I came home so I could take more allergy meds and hit the hay ( I know, I’m living on the edge, haha).

Sunday: I was such a bum. And it was awesome. I watched some football, some movies, finished reading The Wedding by Nicholas Sparks (which was pretty cute by the way), got some quality naps in, did some cleaning, it was quite nice actually. I’ll be more productive this week, I promise.

And how was your weekend? Anything exciting going on? Any grown up like stuff? :)

Give me my grown up badge, I’m easily amused, Le Boy, My Crazy Life, My friends kick ass, Reading is for winners