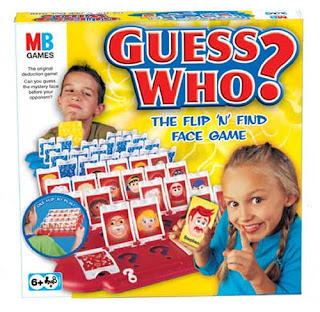 (While I’m away I have given control of my blog to the smart, sexy, athletic, sexy, still smart RS27. He writes an awesome blog called Your Beard is Good which has been nominated for many blogging awards such as greatest blog with the words Beard, Good and Your in the title. Seriously girls, he’s a good catch. In fact, if I wasn’t taken I would so go for him. For real.)

That’s what I imagine my opening would be like if I didn’t write it myself.

I always like reading Katelin’s blog because she’s so happy all of the time. If any of you have read my blog you realize that my blog is most definitely not happy most of the time. As one famous Cleveland Blogger says I am jaded. Well I disagree totally with that statement. I’m not a pessimistic at all. I always hit the urinal when I’m in the bathroom.

1. Fruit Rollups– I would like to meet the inventor of this delicious candy. Candy? I don’t know what you would classify Fruit Roll Ups as other than awesome. So many different ways to eat them. You can ball up the whole thing and put it in your mouth and pretend that you’re chewing tobacco like your favorite 1970s baseball player. All the fun, but without the cancer! And it’s fruity! If you get the ones with the shapes you can take them all out and stick your tongue through it and your nose and be fruit roll up man. Genius.

2. Girls in baseball hats– I don’t know if its the pony tail through the back of the hat, the sign of I just don’t care what you think, or the brim covering the eyes, but I love me some girls in baseball hats. Except Star Jones. I don’t like her in anything. Sorry Star, let’s be friends. In 10 years.

3. Bill Cosby– Say what you want about the man. He may be creepy. He may be old. But without him a whole generation of people would never be able to say, “You have the THEO and the ROOO-DY with the puddin’ pops.” A whole generation of kids would never have learned how to draw. And there never would have been a movie where the Dad is dead and is a ghost. I think it was called, “The Dad that Wasn’t Around.” (Props to Homer Simpson).

4. Cool Runnings – I’m sorry but if you don’t like Cool Runnings you must before we can consummate a friendship. A Jamaican bobsled team coached by John Candy?!?! Characters by the name of Sanka Coffee and Yul Brenner?!?! A movie with an actor so nice they named him twice (Doug E. Doug) ?!?! Yes sign me up. Not to mention that no one believed. But they believed in themselves. A country came together and realized that yes Jamaicans can sled and sled they did. They get me every time. A true cinema classic. You can have The Godfather. I will feel the rhythm and the rhyme.

5. Hockey– Yes I like hockey. Yes I am brown. Yes this doesn’t make sense. But hockey is awesome. They hit each other, they score goals, the action is fast paced. Not to mention where else can you take someone and actually hear them utter the words, “That was disappointing. No fighting. I came here for blood. “You don’t really hear that in the line at the In and Out Burger. Unless you’re at a Fight Club In and Out. Those are scary.

6. Olympic Celebrations– 4 years of hard work culminate in a win in your event and the emotion is always so real. Like that little robot 11 year old Chinese girl. They somehow programmed her to cry. It was amazing. There’s something so special to see people’s dreams coming true in real time. When my time machine gets built I will be bawling like a baby. Let’s hope there are some cameras on me because I will definitely be wearing a Foam #1 finger.

7. Los Angeles– Yes, I know the people here are “fake.” Yes, I know everyone pretends to be “rich”. Yes I know there is a “Hollywood.” I get it. But deep beneath La’s plastic exterior are some wonderful things. People that I thought I would never meet. Sun that I thought I would never see. Houses I could only dream of visiting. I love LA. So take that. All the haters can, um, um…hate? Whatever.

There you go. See I can be happy. In fact, if Bill Cosby was in a remake of Cool Runnings that was set in Los Angeles with the plot being a group of kids playing hockey winning an Olympic gold while their number one fan was a girl in a baseball hat eating a fruit roll up I would probably laugh at the sheer ridiculousness of that sentence that you came up with.

Come on, that’s so not possible.

But my time machine will be able to make it a reality.

guest bloggers rock my socks off, katelin shouldn’t have let me put the tags on this post