I still got it.

And when I still got it, I mean I can drink seven margaritas in one night and not be hungover the next morning. That my friends was Tucson.

But let me back up real quick. Thursday like I said was Matt and I’s two year anniversary. So we spent a very relaxing evening going to Islands for dinner (I seriously love that place), Cold Stone’s for some dessert and to the movies to see Iron Man which was much much better than I anticipated. Basically it was lovely and just the night I needed before heading to the desert.

So Friday morning we headed off to Tucson, it only took us a mere eight and a half hours (ah! ga! wha!). By the time we (my parents, my aunt and I) got there we were exhausted, hot and ready to relax. Within twenty minutes we headed to the hotel bar and got some drinks. Then it hit us that we could actually hit up Happy Hour at Applebee’s down the street. It was awesome. Appetizers, margaritas….basically it was heaven. By the end of the night the whole family (my cousin who was graduating, her parents, grandma and brother) met up at the hotel bar again and had a grand ole evening.

Saturday morning woke up, got breakfast with the fam, hung out by the pool then headed off to graduation. Graduation was long a bit boring, but still a good time. Afterwards we headed off to my cousin’s grad party where there was delicious Mexican food and a margarita fountain, can you say mmmmmm? All in all it was a good time. Even though something sort of big, but not really, happened. Sitting around seeing all the college kids playing Beruit and hanging out, I realized that I as much as I miss college, that’s not always me anymore. I had a good time drinking margaritas and watching people play and get trashed, but that wasn’t what I wanted to do. I love my cousins I really do, but I just felt old (even though I’m only about two years older than most of the people there) and a little out of place. So I ended up leaving the party early with the adults and going back to the hotel bar and drinking some more. It ended up working out fine and being a lovely night and I actually saw some of SNL which was pretty hilarious. I didn’t end up taking as many pics as I had hoped to, but here are some of the best:

The whole group for Britt’s graduation 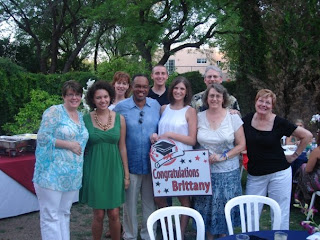 My mom, me and my aunts 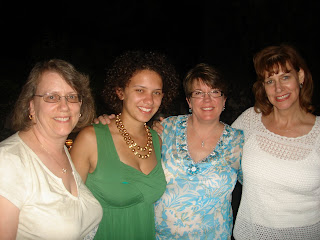 Me and the graduate :) 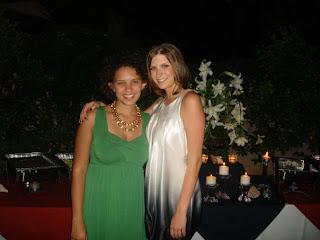 Sunday we left bright and early and got back home around four which wasn’t too bad considering the drive there. Matt came over and made the family dinner (he gets major points for that, haha) and we all hung out for a while, twas lovely. Afterwards I watched the Desperate Housewives finale with my mom (Ah! Crazy! Wow!), and it was amazing. Love it. Then hit the hay to wake up early today and go to the gym and come to work ready to kick ass and catch up, haha.