I rave and I rant.

So there two things I’d like to address in this post today, and as the title so clearly says, one is a rave while one is a rant, well sort of. Just read. 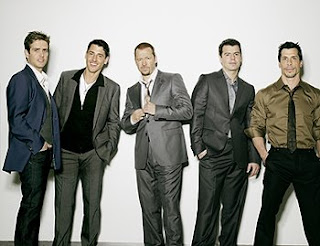 Ah! New Kids on the Block have officially released their first promo pic together in over fourteen years, color me happy. The guys all look so good. Danny still looks sort of creepy, but then again, he always did. People.com even has some behind the scenes of the photo shoot, check it out (swoon). And even more exciting, the guys are performing on the Today Show tomorrow and will supposedly announce a reunion tour!!@?!@)(*$! Ah! I don’t care how much tickets are, I have to go! And hey it would be putting my tax refund to a good cause :)

I need a quick vent. America’s Next Top Model. We all know I love this show. I watch the marathons of episodes I’ve already seen, I love Tyra in all her craziness, I can tell you all about the girls this season, etc. But last night I was sort of upset. No I’m not talking about who got kicked off (granted that did make me mad, but I won’t say who it was for anyone that hasn’t watched it yet) but when it came to Whitney, the “plus size” model. Umm. It was revealed that Whitney is a size 10. A 10!? I’m a 10. And probably the same height as her. And I have the same measurements as Tyra (height, chest, weight). So I’m a plus size? Or is she only plus size because all the other models are a size 2 (not counting Fatima who is a 00, WTF?! Eat woman!)? I don’t know what I’m trying to say, I know the modeling industry is crazy and is all about size 2’s and 4’s but to me for a woman to be that tall and that thin is not always the most attractive thing. And Tyra of all people should know this. Tyra is not a skinny woman but she isn’t a plus size model either, so I guess I’m just stumped. So now I just hope Whitney continues to rock it for all the “plus size” ladies out there: 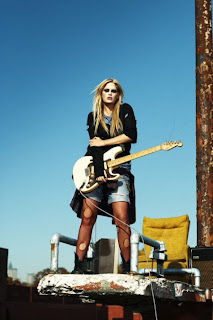