So I was full on intending to write a good ole sincere and lengthy post about something important that I did once back in the day or how this one time Breckin Meyer and I became best friends or the one time I got my hair cut so short I looked like a little boy and I cried about it for days and days. But alas, I have nixed all of those ideas because there is seriously some strange shit floating around on the internet today that I just have to share.

Numero uno. By far the most disturbing and weirdest story of the day (that I actually saw yesterday without a picture, but ooooh it’s up now) is Thomas Beatie, a transgender male, is knocked up! No really. He’s pregnant. How is this possible you ask?? Well no, he’s no Arnold because somehow he is legally a man although he still has his vajayjay in tact, which allowed for such a “miracle” to occur. Weird me out. Can’t wait til he explains to his daughter how she was born, oh man that’s a story for therapy.

have been having some issues on the set of Top Model and aren’t speaking! The problems go so far that Miss Tyra is thinking of leaving Top Model, ah, no! Hopefully OK Magazine is just making up crap and this is all a lie…don’t leave Tyra! Although you’re incredibly self-absorbed and overly ridiculous I love you and I love Top Model. Don’t leave! Ooooor if you do, I like Michael K’s idea, bring in Naomi Campbell, she’s the next craziest bitch around, haha.

Numero tres. Leave Keanu alone. Some dumb ass stalkeratzi is suing Keanu for hitting him with his car last year while he was trying to take pictures of him. Ummm. Moral of the story: Don’t stand in front of someone’s car while they’re trying to leave. And don’t mess with Keanu. Obviously. 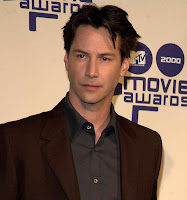 Numero cuatro. Apparently Lars and the Real Girl wasn’t all that far fetched….a guy in Georgia 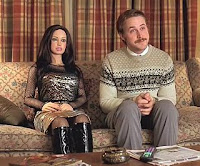 who’s name is Zoltan (ummmsame name as the guy in Dude Where’s My Car?…weird) has built himself a robot wife. He even has a “how to” page of robot girlfriend making. I really wish I had something more clever to add here, but I just think this story is so ridiculous and entertaining all on it’s own, love it. 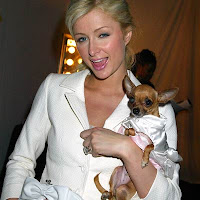 the newest fad hitting the internet (actually I have no idea, it seems ridiculous). Now I’m an avid fan of the Sims and I’ve heard of Second Life and all that jazz, but apparently those are games of the past, because everyone is striving to be Miss Bimbo. I am not even kidding. My coworker just sent me this site and wow…here’s a brief snippit:
Enter the exciting world of the first ever, virtual fashion game ! Become the most famous, beautiful, sought after bimbo across the globe!
Did Paris Hilton create this game? I swear she had to. Oh man. What is the world coming to?!

Well that’s what going on in the world of “WTF” today, let’s hope nothing else crazy happens today, like Britney winning a Nobel Prize for making How I Met Your Mother’s ratings sky rocket or Jessica Alba actually looking happy two days in a row, oh man, the world may end if that actually happened, haha.