Hollywood is treating me well.

*Disclaimer: This post will have no real substance, just some of my favorite celebrity men. Turn away now if you don’t want to look at hotness or cheesiness*

Now without further ado I am pleased to announce that some of my favorite Hollywood men are back at work, and I couldn’t be happier. So let me get right to it… 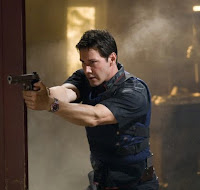 First we have my main man Keanu in his sure to be cheeseball over the top cop movie, Street Kings, that probably won’t compare to his days as Jack Traven, but we all know I’ll probably still watch it. Now from the preview I don’t really think it’ll be that good, but it does have Chris Evans, Common and Forrest Whitaker in it, so that’s at least a little promising. Anyhoo you can just watch the preview and decide for yourself. But as my friend Courtney said “we must support Keanu in all his acting decisions”, haha, and you probably should too.

And now to my second most favorite guy in Hollywood, the ever awesome and always fantastic Joshua Jackson. Now as you all know ABC has toyed with my emotions several times about his return to television, most specifically to one of my favorite shows, Grey’s Anatomy. And apparently after much debate and the end of the strike, Josh will no longer be cast in the show. HOWEVER, big however. Josh has officially started shooting his own show!!!! Own show! Hear that?! A series?! Another show to take over my life. But good gracious I cannot wait! Eeeee. Anyhoo, here are some pics of Josh on the set in Canada….so excited! 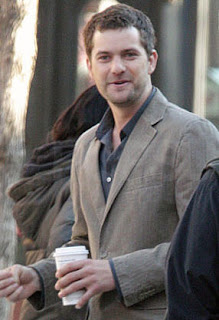 And as if Keanu and Josh weren’t enough excitement for one day, I just read that Matt Damon has officially signed on to do a fourth Bourne movie. Ah! Well I know I may be alone in the excitement here, but I really love those movies. Even if they are a little redundant sometimes (Matt calls them “The Bourne Redundancy”, haha) I still love seeing Matt Damon kick ass.

Anyhoo, that’s all I got for now. Hope that wasn’t too much of a hot Hollywood overload, haha. Or maybe it’s just me.

Have a most fabulous Happy Tuesday!