So this weekend was a whole pile of laziness and relaxation mixed together with plenty of television, sleep and good food. In a nutshell, fantastic. After being the busy bee last weekend and being cursed with the plague, all I wanted to do this weekend was relax and hang out and sleep. And that’s what I did.

And then this morning I realized exactly how much television I really watched and how many movies were viewed in pieces. It was awesome. So for blogging purposes let me give you my briefest recaps on some of the most random movies for one person to watch in a single weekend, here goes: 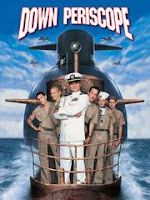 Williams. Great cast already. Power hitters to the max, haha. Basically it’s about some war games and Kelsey leads some dingy submarine with a ridiculous crew to prove “they can do it.” And of course they prove it while making us laugh the whole way through. Best scene: Harland Williams doing whale impersonations, classic.

AFV: Yes. We watched America’s Funniest Home Videos. Shame on me. I know. This show is horrible. But oh man. There was this one clip where a dog when soaring through the air flipping off of a couch, I was in tears I was laughing so hard. That and a there was a baby drinking water from a hose that was pretty dang adorable. 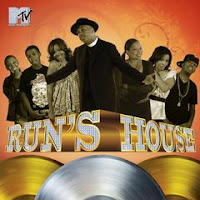 Run’s House: Things I learned from Run’s House.
1. Russel Simmons and Rev Run are brothers. (don’t know how I didn’t know that).
2. Rev Run is crazy, but ridiculously entertaining.
3. Russy is so freaking cute.
4. Apparently the way to move up in the world is to work for charities.
5. Kid Rock is actually kind of a funny person, funny in that he put a Hooters stickers on a Reverend’s car, haha.

Girls Just Wanna Have Fun: Um. Best. Movie. Ever. Basically if you haven’t seen this movie, get up. Go to your local Blockbuster (or Netflix or whatever) and rent this movie. Just say it’s Dirty Dancing meets Hairspray…sort of. But it has Sarah Jessica Parker and some cute guy who’s only role was in this movie, haha. And basically ah. Amazing. I love it. Definitely in the top tier of 80’s classics. If you don’t believe me, just watch the best scene ever. *do note, it’s the end of the movie*

What Women Want: Who knew Sarah Paulson was in this movie? And Judy Greer? Well the fact that Judy’s in it didn’t surprise me because she just pops up everywhere. But Sarah, I really only knew her from Studio 60 (ah tear), and not much else. But alas I was wrong.

Dick: Well I doubt many people have seen this movie, but I had the pleasure of watching it in

theaters back in the day. It’s with Michelle Williams and Kirsten Dunst and is basically a comedic spin on Watergate and Nixon and all that jazz. However re-watching it this weekend I discovered two actors in it that I had not noticed before….Will Ferrell and Ryan Reynolds! Whaaaaat? Will plays a pretty big part of Bob Woodward and I couldn’t quite figure out Ryan’s role, haha, but I was amused.

The Truman Show: I love this movie. I honestly think it’s one of Jim Carey’s best. If you don’t know what this movie is. Go rent it. It’s about a guy who has a whole show going about his life and he doesn’t know. In a nutshell. It’s so interesting to watch and basically know that it would never fly and how biblical it could be, crazy I know. Oh and fun celebrity fact discovered in this movie…Paul Giamatti is in it? Who knew? I sure didn’t. This man is appearing everywhere lately.

The Patriot: I love this movie. It’s so good. And so sad. And just soooo good. 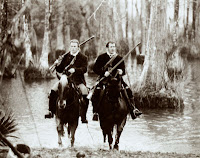 But really, even sadder. Watching Heath Ledger. I don’t think we watched the whole thing because I was just so sad watching it. Even though it really is one of his best roles. So basically if you haven’t seen this movie, you need to. Just be prepared to get all teary and see lots of gun fire, haha. 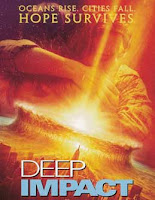 Deep Impact: Basically the world is ending. This movie came out the same time as Armageddon and not many people saw it. I think I saw this gem in theaters too, haha. Basically an asteroid is hitting the Earth and all hell breaks loose and a space ship has to blow it up and people have to live in caves and a tidal wave happens. There really is a lot here. And it has Elijah Wood, Lele Sobieski, Morgan Freeman and Tea Leoni, star studded cast really. So not really one you have to see, but it’s good entertainment if you need it.

Benny and Joon: I know I said it earlier, but this may also be in

contention for Best. Movie. Ever. Granted this could take the reins for best early 90’s flick. Basically this movie stars Johnny Depp (extra brownie points right there), Mary Stuart Masterson (ummmFried Green Tomatoes…love this woman), and Aidan Quinn. If that right there doesn’t scream money, I don’t know what does. So the plot you ask? Mary is mentally ill, her brother Aidan has to take care of her and in comes Johnny to be the funny caring man she needs to liven her spirits. That’s all you really need to know. It’s such a cute movie and fun and very 90’s and did I mention it has Johnny Depp in it??

So that’s my weekend in a nutshell, haha. And to answer your questions, Yes I am a TV/Movie addict. No I did not watch all of these movies in their entirety, although I have before. Yes I recommend you go and watch them all. No I will not pay for your rental fees if you don’t like them, haha.

Hope that answers all your burning questions, woo.