Ellen Pompeo managed to get married this weekend without anyone knowing, impressive. Her and long time fiancee wed in Boston city hall with the mayor serving as the witness. And how did she spend her wedding night? At a Knick’s game, haha. Well I knew she was planning a small wedding, but I didn’t think it’d be that small, oh well, congrats to the newlyweds!

Matt Damon has finally captured the oh-so-valued honor of 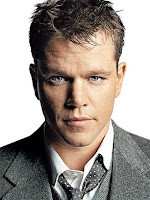 People’s Sexiest Man of the Year. Apparently his pals (and past winners) Brad Pitt and George Clooney have been campaigning for him to win since 2001, which is pretty funny. But hey, the hard work finally paid off and Matt’s cover pic definitely shows why he got the honor.

So I watched the Hills last night. And I have a few thoughts…

1. I’m impressed that MTV got Heidi to be the one to apologize and seem almost pathetic, it was weird. Maybe it’s because she’s found God? (gah).
2. I’m so glad Lauren didn’t pull that “You know what you did!” card again and actually spoke in full sentences to Heidi.
3. Spencer is still a douche and a little creepy (who reads other people’s IM conversations???)
4. Justin Bobby is nastay. I mean I burp and all (ask my friends and Matt, I’m pretty good at it), but I don’t do it in the middle of bars/restaurants, I can be classy. Apparently JB cannot.
and 5. I heart Whitney. In the midst of awkwardness she still introduced herself to Heidi’s friend and kept a smiley face going the whole time. Team Whitney!

Speaking of television, did anyone watch SVU last night??? I did and wow. So I knew from the previews that something was going to happen to Eliot, but I wasn’t sure what. Matt and I

guessed that maybe a bomb went off and that’s why he was going to go blind so when watching the scene where I knew something was going to happen I was gripping Matt’s hand hoping Eliot would be okay. And alas no bomb, rather a ridiculous strong head butt from the bad guy that knocked him out…so anticlimactic. I was expecting more people. Granted Olivia’s reaction was pretty clutch, she was ready to kill someone, haha. And how did Eliot get such ridiculous bruising on his eyes? I’m confused. Anyhoo the whole episode was kind of weird and got really political and I kind of lost interest. Next week’s episode kind of looks like a joke, Coco, Ice T sluttastic wife, is guest starring along with some UFC fighter, quality actors here people. Oh well. I’ll still watch, haha.

And because there’s not a whole lot else I really want to talk about right now I’ll just put up a pic of a cute baby, baby Olive that is (aka Baby Borat): 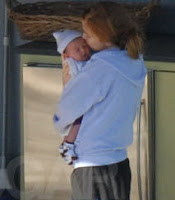