I realized last night, I am much closer to being famous than I thought….

So last night I was watching The Hills and Audrina and Justin Bobby went to Sunset One. If you

recall it’s the same place I went for the Common party and a month ago for my coworker’s birthday. So technically, I’m a hipster. Haha. Well not really. I just think it’s cool that they went somewhere that I’ve actually been, since I doubt I’ll be getting into Le Deux, Hyde or any other fancy pants club they go to on that show.

And another schanzzy celeb connection I discovered today.

Jerry O’Connel celebrated her 35th birthday at a swank little hangout called Edendale, which just so happens to be down the street from my job (holler!). So yes I’ve been there for a meeting and an after work get together, so basically I could just pass for Rebecca’s new bff. Hey guys if you’re reading this I’ll meet you there for drinks after work today? Sound swank? Sound good? Sweet. 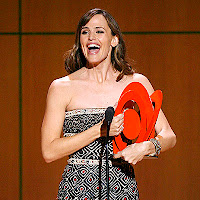 pick up a copy of Glamour and am a woman, one of my favorite celeb icons, Jen Garner won the Glamour Woman of the year award. She is pretty much amazing and definitely deserves this award, so congrats to Violet’s mom.