So last night after I got home from seeing Stardust (which was so good!), I turned on the computer to download this week’s free songs from Itunes (love it). While I was waiting for that to go I went 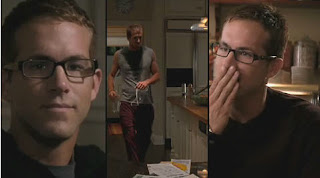 to the Apple Movie Trailer site (amazing) and looked at the newest trailers and saw one that caught my eye….The Nines with Ryan Reynolds. The synopsis says this:
John August, the acclaimed screenwriter of GO, BIG FISH, CHARLIE AND THE CHOCOLATE FACTORY and THE CORPSE BRIDE, makes his directorial debut with THE NINES, an intricately constructed intriguing blur of reality, virtual reality and metaphysical fantasy. The film unfolds in three parts, featuring the same actors in different (and in some ways overlapping) incarnations.

So ya, the description doesn’t say a whole lot, and neither does the preview, haha. However one part caught my eye…..when this scene popped up on screen: 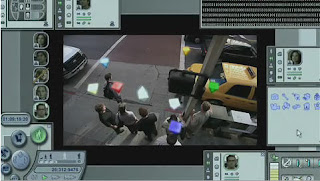 So for anyone that isn’t a huge nerd like me, that is the screen for The Sims 2! So of course my interest in this movie is now peaked…. Is Ryan a Sims character? Is he in Pleasantville or Sim City? Why is he so freaked out? Haha. All important questions of course. So now I am going to ponder what the heck this movie is really about and see where it will be playing since it comes out in a week, haha. And since it has two of my favorite things, Ryan Reynolds (yum) and the Sims I may just have to see it even if it looks weird, haha.