A Few of My Favorite Things….

One. Heroes is coming back Monday September 24th, woot. And here is the uber artsy promo trailer for it…woo:

And here is a “real” trailer for it…woo again:

Dos. Suri is a shopper in training. And is so freaking cute in the process. 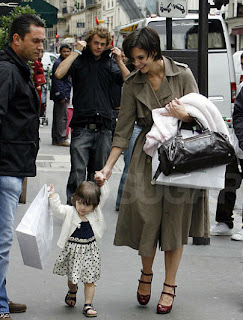 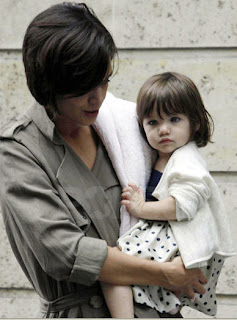 Trois. The Dodgers won last night! Woo! So apparently we still have a chance at getting the Wild Card in the playoffs, and there are still 37 games left in the season so I’m keeping my fingers crossed!….And in other baseball news, the Texas Rangers beat the Baltimore Orioles 30-3 last night. It’s the first time there have been over 30 runs in a game since 1897, yikes. And even worse, that was the first game of a double header, oy vey.

For. I love it when sites make fun of Spencer Pratt, makes me glad that I am not the only one who wants to throw a shoe at him and tell him he has horrible taste.

Fiveeeeee. Brittney is apparently really trying for a comeback. I guess Ryan Seacrest premiered her new song today and I saw it on Perez. It’s okay. It’s not the typical dancey poppy stuff that made her famous in the first place. It’s some love ballad about this and that and ah. Britt just snap out of it. I am rooting for you!