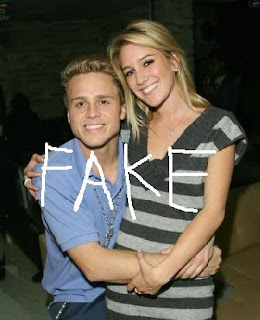 I felt the need to take a page from Perez on this one and just say that Spencer and Heidi are uber annoying.

For the first time in a long time I tuned into the radio on my way to work and caught part of their interview on KIIS fm with Ryan Seacrest, oh man. I almost threw up in the car. And the people calling in were just as dumb, it’s ridiculous. Granted, I feel like all of this is fake and hyped up for the ratings of the show (the show being The Hills, for anyone that doesn’t have this as a guilty pleasure, or cable, haha) which starts its third season next Monday. I don’t really even describe their time on the air because it was so stupid. They basically said that Lauren is a brat (the PG word version) and that she goes to the media for attention (but aren’t they doing the same thing by going on every radio show???). It was dumb and I definitely didn’t listen to the whole thing, thank goodness for CDs and better radio stations.

I must say, ever since the days of Laguna Beach I have been a Team LC girl all the way, and that still hasn’t changed. I know so much is edited for TV and these people are pretty ridiculous anyways, I just felt the need to say that Spencer and Heidi make me gag and hopefully I can watch this season without hurling, hopefully just laughing…at how absurd these kids are.

Ah my guilty pleasure, The Hills, so good, yet so very bad. Oh well, that’s my two cents on the matter, take it or send it over to Heidi, haha.