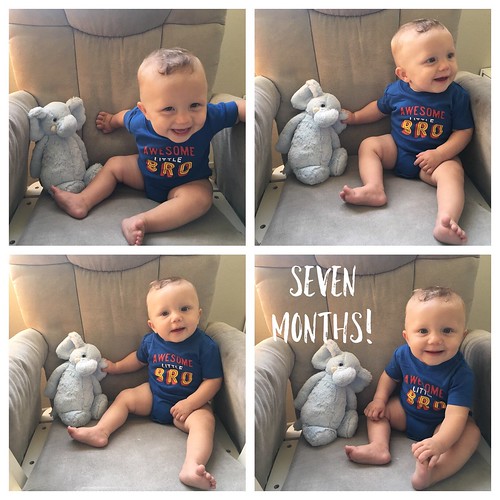 Shhhhhhhhh somehow my baby is seven months old (as of last week, sorry second kid). I swear, I’m going to blink and he’ll be one. This is going by so incredibly fast and I’m just so grateful this little nugget joined our family.

– Sits up and is so dang close to crawling it’s scary. He lunges and rolls all over the place. Pretty sure he’ll be on the move in no time. And I’ll be screwed, ha.

– Is a drooly teething machine. He still only has two teeth, but I swear more are coming in soon. 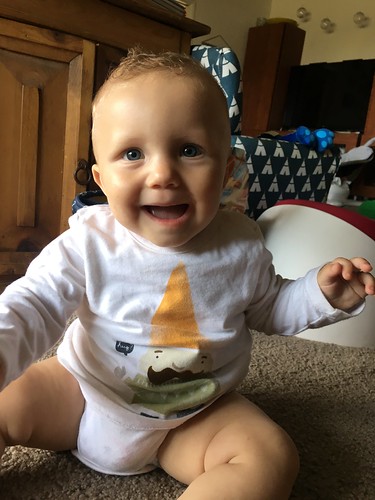 – Loves eating and likes to feed himself already.

– Is allergic to sleep. Like so allergic. Like I don’t think he’s had more than two hours of consecutive sleep. Sweet mercy.

– Still laughs the hardest with Riley. He loves his big brother more than anyone else, even when big brother takes his toys away or pushes him for no reason. (Threenagers are a JOY I tell you). 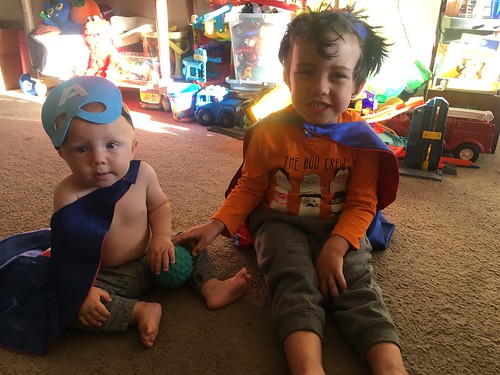 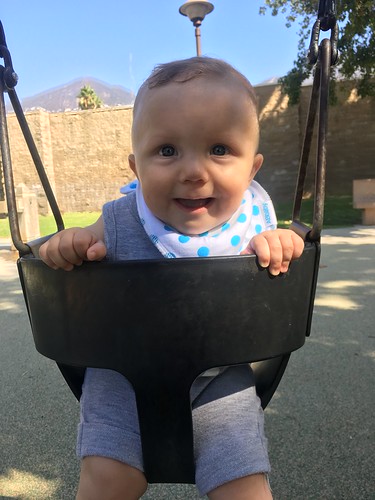 – Is still eyebrow-less. And it is hilarious.

– Has found his voice. He makes so much noise and it cracks me up. Whether it be screaming or yelling or babbling, he’s clearly trying to compete with big brother over who can make the most noise.

– Has been called ‘RICE’ more times than I care to admit. Poor kid is going to have a lifetime of mispronunciation apparently. 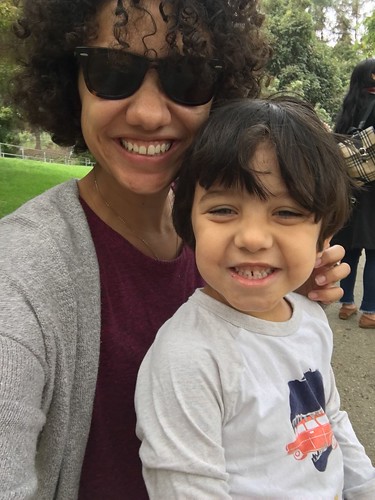 – Was loving the cool weather we had last week. We even got a rare lightning storm and it was sort of magical. Matt and I stayed up, drinking wine on the patio just to watch it.

– Took Riley to Travel Town last weekend. Just the two of us. As much as I love being a mom of two, sometimes I feel like I’m neglecting one of kids when I’m helping the other. So having all my attention on Riley was pretty nice.

– Recently watched Won’t You Be My Neighbor? and Quincy. Both were quite good in their own way and definitely had me headed to the internet to learn more.

– Am still in disbelief that I’m headed to Nashville next month. A girls’ trip is exactly what I need and I am just so pumped (slightly stressed, but mostly excited).

– Can’t wait to take family photos this weekend. The fabulous Lan is coming to SoCal and we’re taking pictures! And our Christmas pictures! And ah! I’m just excited to get my little guys in front of a professional, ha.