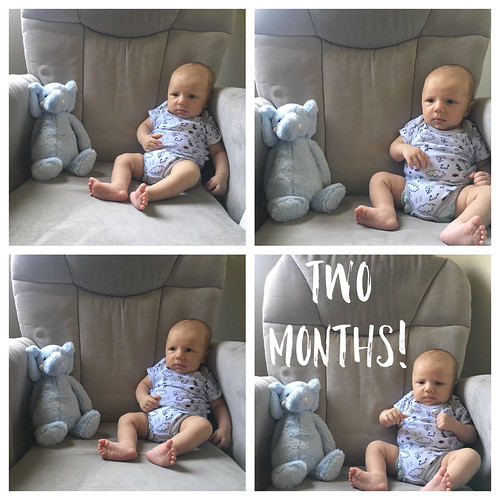 Oh hey there, on Wednesday Rhys turned two months old. And I swear to god it’s been the fastest slowest two months ever. 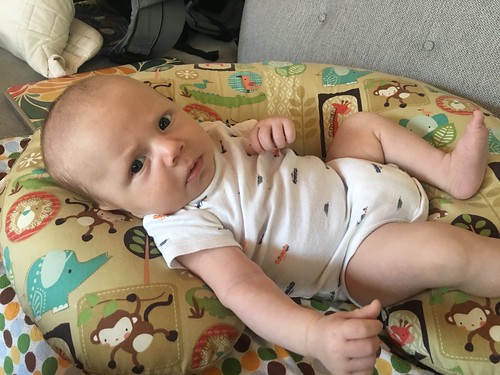 – Is oh so very serious. Just like Riley was. It cracks me up.

– Doesn’t really love when anyone but me holds him. It’s a bit frustrating and hopefully he’ll get used to other people soon, mama is tired.

– Is blondish and still has no eyebrows. It is adorable and hilarious. 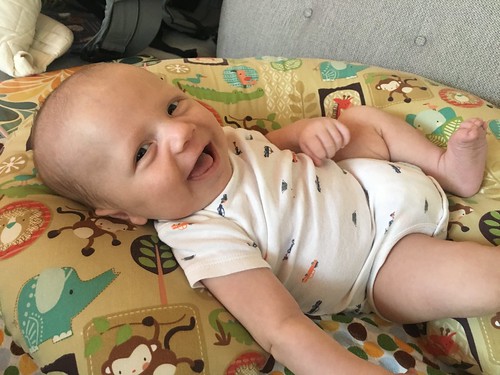 – Is a little chunks. I feel like it took Riley to get some rolls and some chunk, so to have a chunkster so early is pretty delightful.

– Fights sleep like it’s his job. His longest stretch of sleep has been four hours and it’s only happened twice. I’m so ready for more sleep, come on dude, you can do it.

– Loves Riley. It seriously makes my heart skip a beat to see my boys together. Riley loves to get down on the playmat with him or shake a rattle for him. And Rhys just adores it. I seriously hope it stays this way. 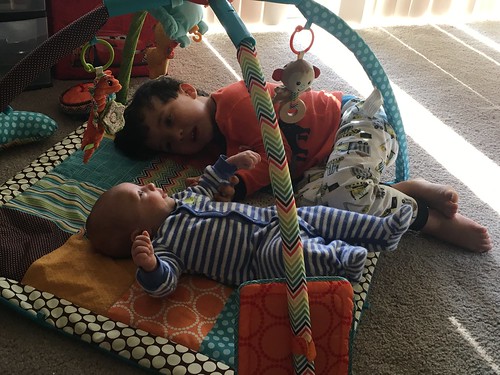 – Shared a little bit about what I’ve been up to the other day. So let’s not get too repetitive.

– Feel a little like a kangaroo most days. The carrier is my BFF. 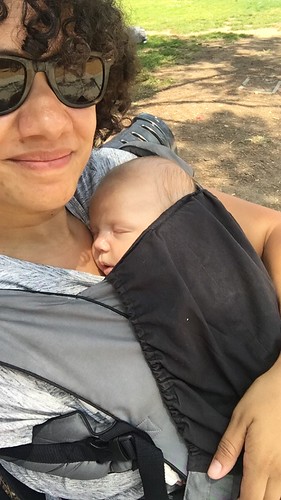 – Am a little emotional about Mother’s Day this weekend. A year ago I had no idea or even a notion that I’d be a mother a second time around. It’s kind of crazy. And pretty awesome.

– Am ready for a nap. Or a venti coffee. Or both. Always.