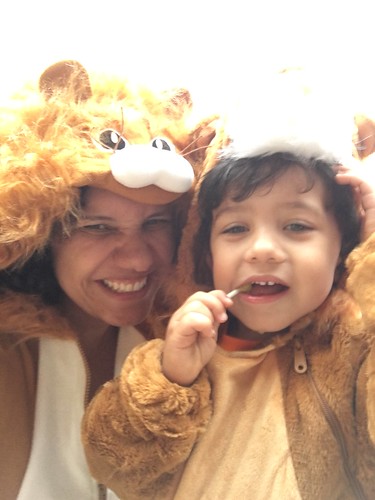 Guys, Halloween with a toddler is no joke.

Actually, scratch that, it’s a huge joke. It’s negotiation. And it’s reassuring your kid that everything out there is “NOT REAL.” And it’s candy bribery. And it’s eating all your kids’ candy when they’re asleep. And it’s wearing matching costumes because you can and because you not so secretly LOVE IT.

Last Saturday we went to my cousin’s Halloween party and Riley REFUSED to wear his costume. Like I had to negotiate like crazy to get just one good family picture. And it wasn’t even that great. It was hilarious though. It was in true form of my moody child. 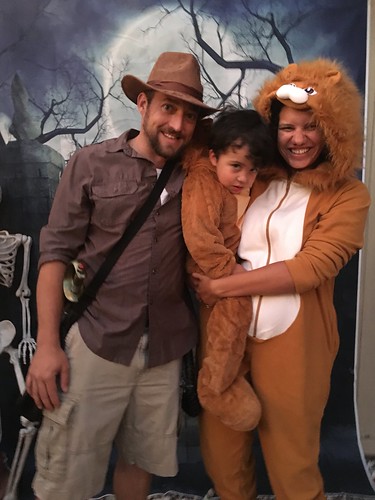 Admittedly I got kind of envious seeing all my friends get cute family pics throughout the weekend while I had a child who screamed his way into his costume (a costume HE PICKED OUT BY THE WAY). But alas, I got to be comfy in a full on lion onesie all night and he managed to hang and play and have a good time.

When actual Halloween rolled around on Tuesday we initially encountered a similar dilemma. Riley didn’t want to wear his costume. Alas, when I told him his friends would be dressed up and that he could get treats, he reluctantly put it on. And when I told him he could “roar” he was sold.

And when I wanted to get him to wear the hood part for just ONE GOOD PICTURE, I let him have a sucker. Because I’m a sucker. And I was desperate for a cute lion picture.

And SPOILER, it worked. 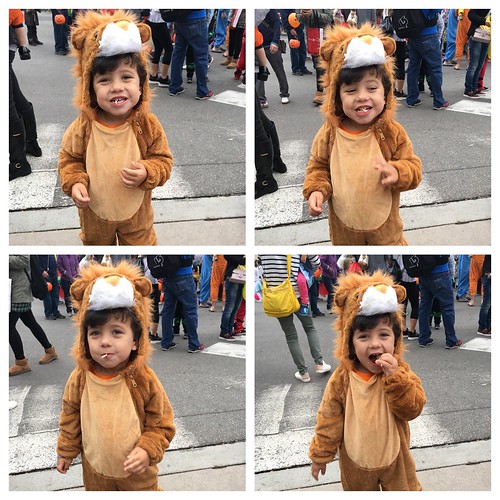 So basically, what I learned is that if I want to put my kid in a ridiculous costume I need to do it when they’re too young to have an opinion. I also learned that I will always be up for matching/coordinating costumes and god I hope my kids are too.

So, there’s that. Toddler Halloween in a nutshell.

And how was your Halloween? Any toddler drama? Candy drama?