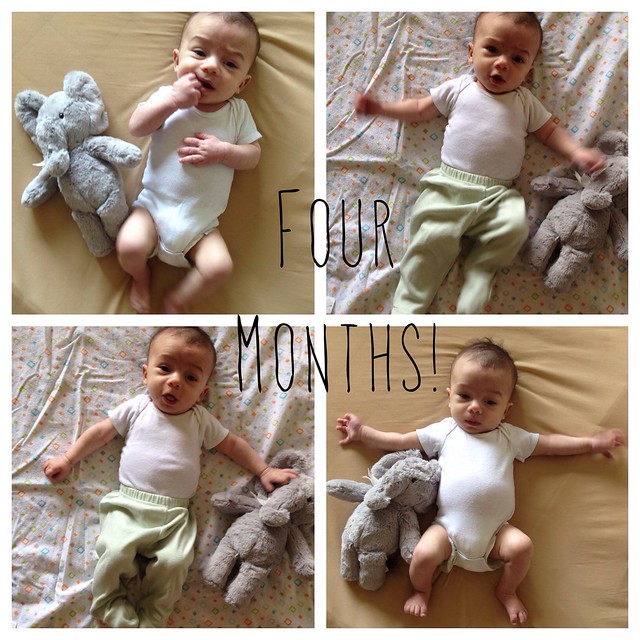 Last Thursday Riley turned four months old. And sweet mercy you guys, time is moving in warp speed apparently. I knew it would happen. But alas, my little peanut is growing up.

– Is sleeping in his own room. He’s still waking up a few times at night but we’re keeping him in his crib.

– Naptime, is still a mess. And not a scheduled thing. And he usually sleeps on me. Or like 20 minutes in his crib. Or in the carrier. Whoops.

– Is a serious cuddle bug. With everyone. It’s adorable.

– Giggles. Like actually giggles. And it melts my heart every single time. 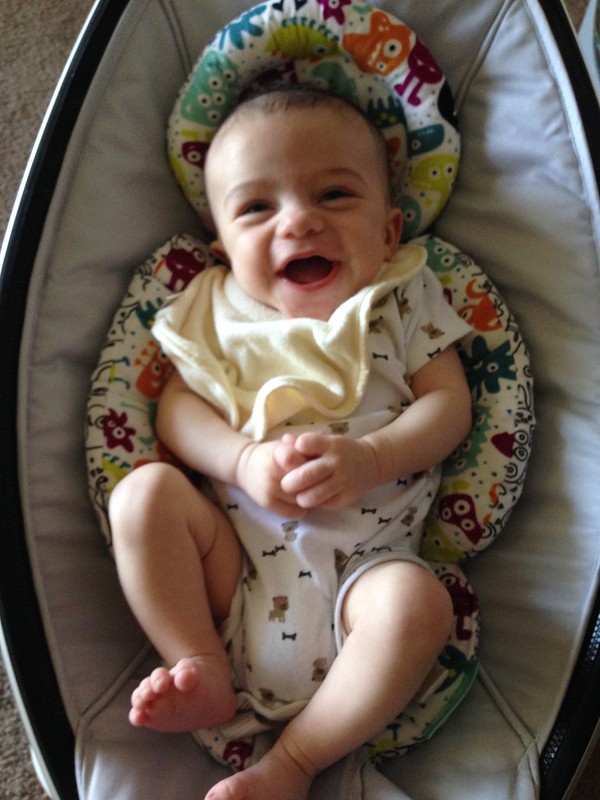 – Farts like a little old man. And it’s hilarious. I mean, gas is probably not good for him but we’re working on it.

– Likes to “talk” all the time. So much noise. It’s adorable. And I love it. And always ask him to “tell me more!”

– Drools like he’s teething, but alas there are not teeth. Seriously, we go through like three bibs a day. And he shoves basically everything in his mouth, especially his hands. His pacifier? Not as much any more.

– Enjoys going on walks, especially now that it’s starting to get warm and sunny out. 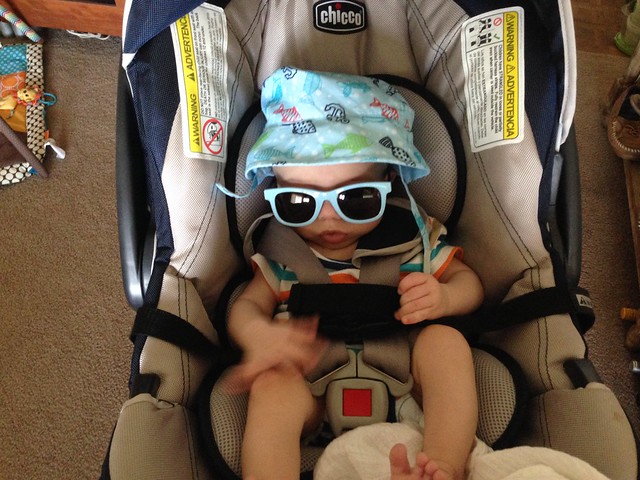 – Is getting pretty good at the morning selfie. 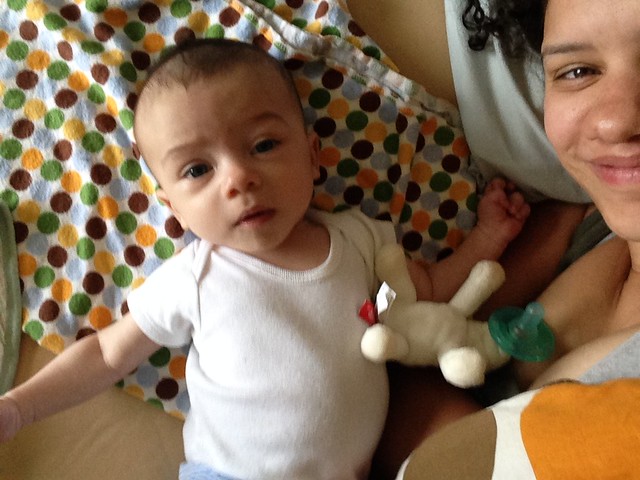 – Still a little string bean. His next doctor’s appointment isn’t until Friday but I’d say he’s about twelve pounds, which is probably a bit underweight.

– Can rotate in a full circle without moving his head. It’s weird. Yet amusing. And amazing. I have a feeling this kid will be moving before I know it.

– Am dreading his next doctor’s appointment this Friday (the shots, eck). I may have to leave the room this time, only one of us needs to cry that much.

– Still have a sweet tooth. Like donuts and coffee and York mints are my crack. 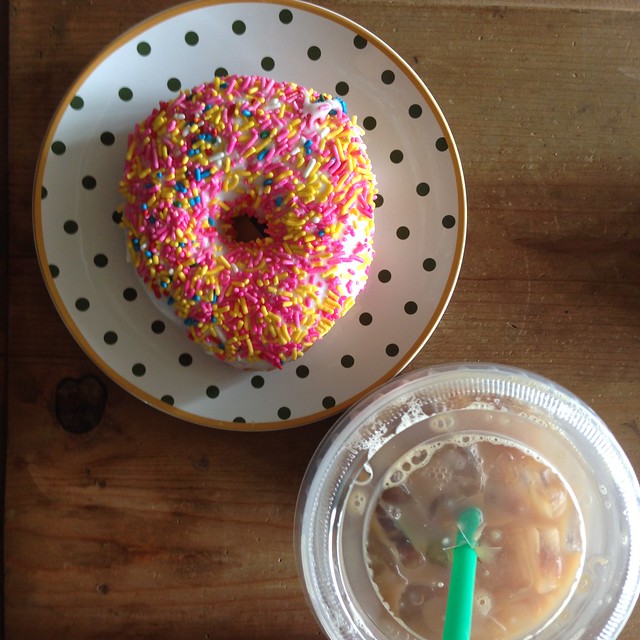 – Had a dream I was pregnant again. And good lord, I almost bought a pregnancy test to double check. My body is still out of whack but goodness.

– Cried three times yesterday: While watching the trailer for the BatKid documentary, when I read I Love You Forever to Riley for the first time and when I sang songs to put Riley to sleep.  I was just feeling overly emotional and “Ohmygosh I have a son” and the tears, they were constant. I was also functioning on about four hours of sleep so that might have had something to do with it too.

– Have been having some body issues lately. I know, I just had a baby. My body will never be the same. It’s just weird trying to find clothes that fit properly or are comfortable or are boob accessible.

– Am still doing freelance work. And it’s awesome. Yet exhausting. And truly testing my organizational skills. I want to be able to stay at home with Riley as long as I can and I’m so lucky that I’ve made it this far. And I’m grateful for the new clients I’ve brought on lately. Now it’s just a matter of finding balance to be a good mom and to get work done.