If I had live blogged the Oscar nominations…

It’s no secret that I love all things Hollywood and that I know more than the average person about celebrities and movies and the entertainment industry in general. So it’s also not a surprise that the day that Oscar nominations come out I get giddy. And then apparently I write a live blog response to the top contenders, because clearly that’s what I should do. I mean I’ve done it the past two years so what’s one more? 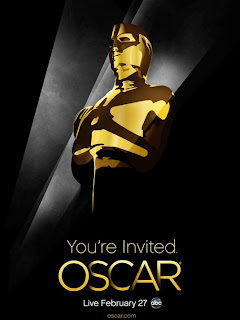 Actor in a Leading Role.
Um. Javier. in Biutiful. What?
The Dude is going for a twofer? Congrats man, I’ll have a White Russian ready for you.
Nicely done Michael Cera 2.0 I always knew you’d make it uber big before he did.
Mr. Darcy, you played a king. It automatically gives you an advantage over everyone else in this category, just ask Helen Mirren or Judi Dench? Also, you’re awesome.
And James, I’m still mad you’re hosting. You can’t be nominated and hosting, it’s like against the golden rule of the Oscar’s! I may just boycott your movie because of it. Clearly I am a child.

Actor in a Supporting Role.
Oh Mr. Bale, you really are the “King of New York” er Hollywood and I mean you’re on my top ten list and you’re Batman and please don’t ever get that skinny and creepy again and get a hair cut, oh and I hope you win, like I really do.
John who? Apparently I need to see something called Winter’s Bone.
Way to rep for Boston (and Affleck) Mr. Renner, nicely done.
Ruffalo just makes me want to say “Ruffioooooooooooo” and that’s a good thing.
Oh Mr. Rush, another well deserved nomination.

Actress in a Leading Role.
Oh Anette? I guess I really do need to see this movie.
Nicole, not surprised. This movie looks so depressing but good and I sort of want to see it and now you’re nominated so I guess I should.
Wait, Jennifer who? Winter’s Bone. This movie is a mystery!
Hello again Natalie, nice to see you. Is your new home with your new fiance and your new baby ready for a new shiny gold award? Because it should be.
This makes two, Michelle! Two nominations for the girl from The Creek. The one that actually has a career, way to make me proud girl (because clearly it’s all about me and my never ending Dawson‘s fandom, haha).

Actress in a Supporting Role.
GISELLE! Oh wait I made that joke two years ago, oh well I love it. As in you were nominated last year, as in nicely done Miss Adams, another top notch performance.
Helena I almost forgot you aren’t totally crazy. This role was so unlike you and I loved it, but t hat doesn’t mean I can’t wait to see what you show up wearing to the Oscar’s.
Miss Leo you worked that crazy blond hair and the crazy mom mode and my goodness, wow.
Hailee!! Ohmygoodness yes! You so deserved this, I mean you basically are True Grit. Just uh, please go down the Dakota route of acting and not Lilo okay? You’re just so adorable.
Animal Kingdom? Like the Disney park? I doubt it, haha. Congrats Jackie, I guess I’ll have to look into this one too.

Best Picture.
Black Swan you messed with my head but oh were you good.
A movie about boxing? I never thought I’d like one. And then The Fighter happened, another deserving nomination.
Am I dreaming? Inception got a nomination (haha horrible joke, horrible) and oh yes, does that mean Leo will be attending the awards this year? Yes please!
Okay I get it, I need to see The Kids are Alright. I swear I already have it on request from Netflix.
My vote to take home the big one: The King’s Speech. I mean yes. Just yes.
127 Hours? Eh. Okay. Fine. Doesn’t mean I’m going to watch it though.
Yes, I liked The Social Network. Don’t get me wrong it’s good. But I don’t looooove it like everyone else and I don’t want it to win.
Woody! Buzz! I mean apparently Pixar can’t be happy with just one category, but that’s okay I suppose, Toy Story 3 is amazing.
True Grit. Yes. Coen brothers you for once did not totally confuse me or annoy me, nicely done.
Apparently Winter’s Bone is kind of a big deal, I need to get on this pronto.

You can check out the full list of nominees here.

So how did you feel about the nominees? Do you agree?