A little trip to Dawson’s Creek.

Last night I felt like I was in high school again, and for all of the right reasons. In case you were living in a hole and didn’t see any of my tweets or my post yesterday, last night I went to an event at the Paley Center, Dawson’s Creek: A Look Back. The minute I saw the email about it I knew I had to go and I am so glad I did! Dawson’s Creek was (and probably still is) my favorite show ever, I loved it, I still love it! I have so many memories with that show and every time I see one of the stars on another show I get a little nostalgic Making the night even cooler, I finally got to meet Ali!

Well the night started by airing the Dawson’s Creek pilot. I forgot how amazing that first episode was and how scandalous! Miss Jacobs, Mrs. Leery’s affair, all of it. It was great to watch it with so many fans and laugh at it’s corniness and the hair styles and the outfits and just have a great time. Once the episode was done the panel came out and I just about squealed out loud (umm I’m pretty sure I did). 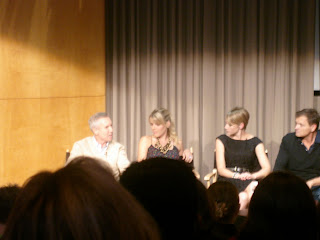 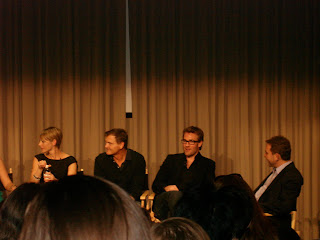 Meredith, Kevin, James and the moderator.

Sadly there was no Joshua Jackson surprise appearance (but really I can’t complain I met him in April at a similar event) however Monica Keenan who played Abby was in the audience occasionally contributing to the conversation (which was a bit odd but still fun).

Basically the moderator asked the panel random questions about the show, they shared some of their favorite memories and favorite episodes. Busy was hilarious and too funny talking about it all since she was the last cast member added to the show. And Meredith was pretty entertaining too talking about how she was Captain Fun (in a superhero suit and everything) on set, too hilarious. One of the best things that was said was by Busy actually and was something Michelle Williams had told her about Jen’s character. Basically Jen was the catalyst that made all the kid of Capeside start to change and deal with growing up and she was the catalyst again when she died to bring everyone together again and to deal with their grief. I really liked that analogy and I’d never thought of it like that before. We also got to hear some snippets about Steven Spielberg and how he felt about the show. And everyone did have a little bit to say about Katie Holmes but nothing too crazy.

Eventually it was open to the audience to ask questions and no one was raising their hand so of course I did. And man I wish I had asked something Dawson’s specific but alas my nerves got the best of me and I asked more so about the actors post-Dawson’s work, moreso on Criminal Minds since two of them have already been on it. It was pretty cool I gotta say. I was a bit nervous but they all answered me and laughed and we’re basically all pals now.

Sadly the night came to an end and the panel was over. However the best part was also at the end because everyone stayed around to take pictures and sign stuff for a lot of the fans and I was one of those lucky ones! Seriously, oh happy day. 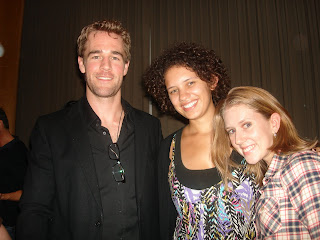 Meredith signing away, so gorgeous. 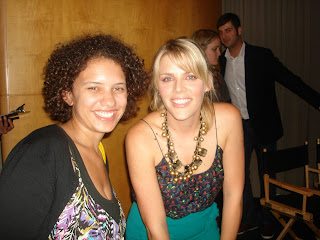 my favorite of the night, Busy Phillips,
heart her like wo!

Basically it was an amazing night and I’m so glad Ali was there to share it with me, seriously she’s awesome. And yeah now I feel like I need to have a DC marathon since I do happen to own all six seasons on DVD, haha. 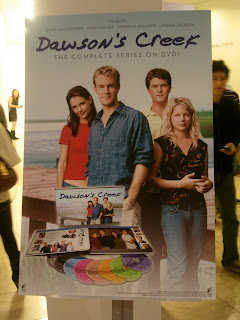