A birthday, some go karts and sweet helmets.

Another weekend of birthdayness come and gone already, seriously weekends go by way too fast, especially when birthdays are involved. But who’s birthday you ask? Why Matt’s of course!!

Friday: I worked from home so I could help the injured fiancee (he pinched a nerve in his back, oy) a bit. So I did a ton of work and helped Matt out and it was quite nice. Later in the day we went and got my ring sized, so it’s finally on the right finger and I love it! Afterwards we went over to Matt’s dad’s house for dinner which was fun then over to his mom’s house to spend the night so Matt could sleep in a bit before his chriropractor appointment in the morning. It was a nice night in of relaxing and watching Bedtime Stories (I sort of love the cutenes of that movie).

Saturday: Woke up early and I was on my way to running errands. Seriously I went to more stores than I can count and spent way more money than I planned on, but it was totally worth it. Eventually it was time for Matt’s surprise birthday party (his actual birthday is Wednesday, but nothing like a party before the big day) at K1 Go Karts. Turns out though that a couple people had accidentally spoiled the surprise and Matt knew what was happening so I was kind of mad at him for trying to rush me to the place, seriously such a nerd. But once we got there and a bunch of our friends were there it was nothing but a great time (even if I was sort of a wuss and scared a wee bit).

All the guys (minus JR) pre race 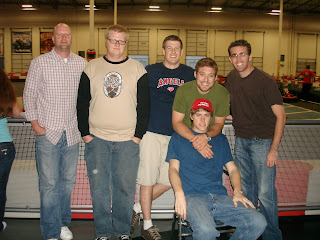 JR and some of the ladies 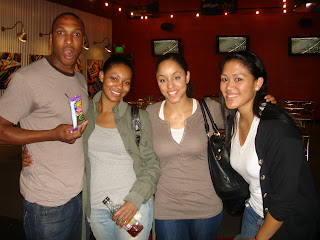 getting briefed on the go karts 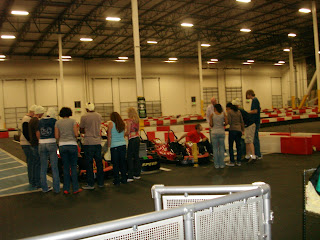 Matt and I rockin the oh so fashionable fire masks, haha 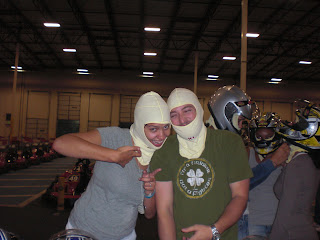 my sister and I love those helmets 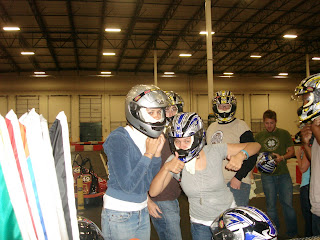 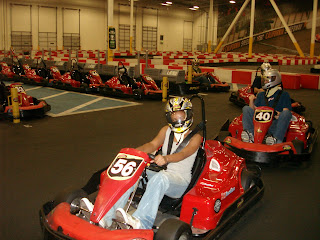 Matt before his last race 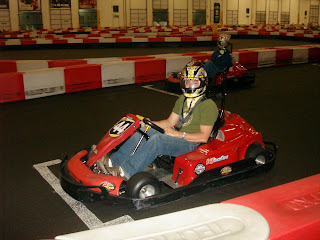 Seriously, it was so much fun. We raced in two heats and got print outs of our lap times and everything and all around a great time. Even more fun they awarded medals at the end of it all, and it was hilarious.

the winners of the “losers” bracket, haha 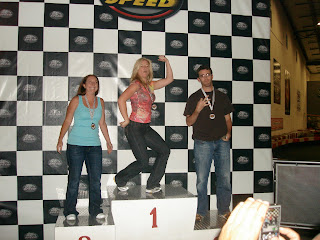 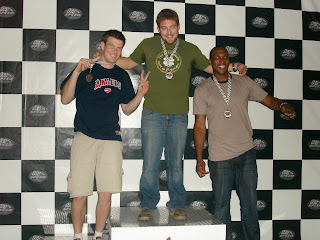 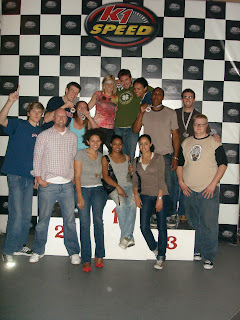 Seriously it was a great time (even though I came in dead last, haha). Afterwards a couple of people came back to our place to hang out, drink, eat, play the Wii, watch Kat Williams Live, all that good stuff. On top of it, I was in cahoots with my mom and she came over and decorated a bit for Matt’s birthday this time. 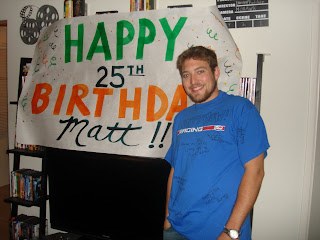 my sister’s birthday present to Matt 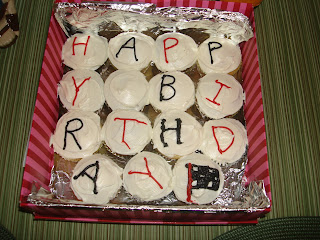 Basically it was a great night of racing and awesomeness. Woo.

Sunday: Man waking up was hard. But Matt and I made it to my parent’s house and we all trekked over to the Castaway for a birthday/engagement breakfast with Matt’s dad, my aunt and uncle and my godmother that surprised me by coming up from San Diego. There was so much food it was insane, but man it was delicious. 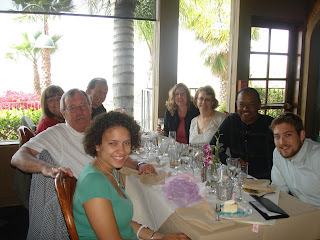 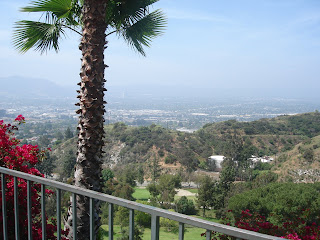 After breakfast we hung out for a bit with the family, then over to Michaela’s parent’s house to hang out with Matt’s brother and her fam for a bit. Eventually I came home and napped and by napped I mean I passed out for like four hours, haha. Such a relaxing afternoon/night I definitely wish it had lasted longer.

And that was the weekend. Yay to birthdays!

oh and yay to interviews also, my interview with Lisa for being the Featured 20 Something Blogger is up, check it out. Woo.

How was your weekend? Did it speeed on by too?