Craig is that really you????

That was my reaction yesterday when I saw the bulletin Craig David posted on his Myspace… “Craig Live in Los Angeles April 14th!!!” *

Take a minute and soak that in people.

Okay maybe you don’t need to soak it in but after I saw that I had my credit card out and bought two tickets before I even exhaled. Tears even streamed from my eyes of pure excitement and happiness. I couldn’t believe it, I still can’t believe it! After a seven year hiatus from the United States I was beginning to lose hope in Craig, we were even on non speaking terms, Josh Kelley was definitely taking over his reign as my favorite musician ever.

But alas, Craig has redeemed himself and I’m seeing him in two and a half weeks!!! Ah!!

Oh and do you want to come with me? I know you do! My sister has already said yes to coming but I know there still has to be tickets left, and they’re only $20 and it’s at the Mint and it will be awesome. Get your tickets here and you can witness me in true fangirl frakout mode, haha.

Oh so I know some of you are like what the eff you never talk about Craig David. But alas I have, he even has his own tag. And heck he even had his own day! Tuesdays to be exact (which makes the concert even more awesome because it’s on a Tuesday! ah!) 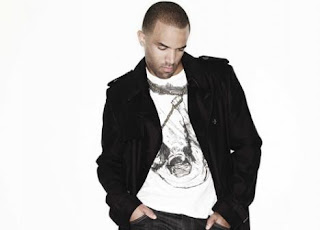 Anyhoo I seriously cannot explain how incredibly excited I am. Almost as excited as the time I won tickets to one of his concerts on KIIS fm, but that’s another story for another day. Ah! Love it!

Hope you all have a most fabulous weekend!

*actually my reaction was this and this. I couldn’t type in anything but CAPS, now that’s saying something.