Yes we really did.

Why hello there dear freaders. I don’t know why but I had such a hard time putting today’s post into words, but I did. Unless you were living in a hole you know that yesterday Barack Obama officially became the 44th president of the United States.

And you know what….

Haha. I mean I don’t really have better words for it. Today I would usually use to talk about Hollywood and the glitz and glam and hotties and bebes but I just didn’t think that was appropriate for today. Today is the end of a trying time and the start of something new… 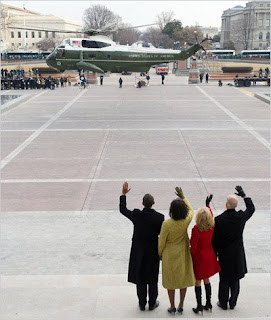 Now I know back in November I was overly emotional but now I’m simply serene. Yes I still fear that some whack job will try something against the Obamas but I’m also ready for the changes to slowly but surely start and America to do something different.

And I know I’m not alone, seriously there are some of my favorite pictures of onlookers from various places yesterday, simply wonderful.

However I think that this picture may be my favorite of the day, such an elegant and beautiful couple: 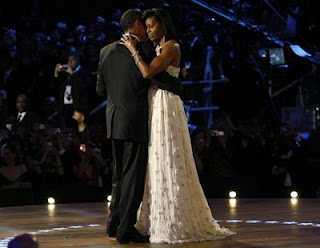 Well I know this post wasn’t exactly poignant or sharing anything that we didn’t already know, but I don’t really care. Barack Hussein Obama is our new president and I love it.

*Oh and I know I said I’d announce the Super Bowl giveaway winner but I’m going to let it run just one more day. So enter!*