Weekends are not meant for allergies.

As you can tell by the title the allergy gods shined the curses upon me and I suffered all weekend long. Gah. But I still made it through….barely…

Friday: Sadly I did not see Ryan Gosling. Even after forfeiting my lunch break to eat and read inside and look outside the lobby window, Ryan decided to not walk his dog…damn. I guess I shouldn’t look for him any more and if I’m meant to see him, I will. Nonetheless I was still bummed so I watched some Notebook clips online to feel better (don’t judge, haha). After work I headed home to hang with Matt for a bit then before I knew it I was off again for my coworker, Kimmy’s birthday at the new Hollywood hotspot Kress. It was a pretty good time. Dinner was sushi for me and lots of tasty Japanese themed stuff for everyone else and plenty of drinks for the birthday girl: 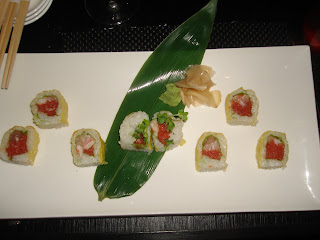 the birthday girl with her drinks 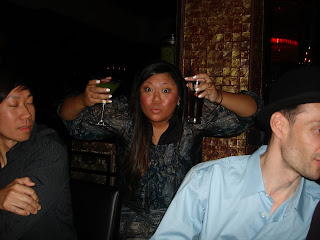 After dinner we headed downstairs to the club part and danced the night away. It’s a good thing wine hides allergies and sneeziness because man I don’t know how else I would have survived the night, haha. 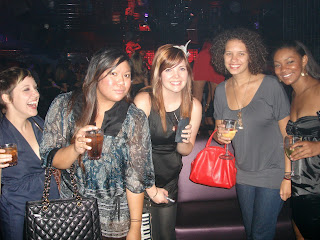 caught a little off guard, haha 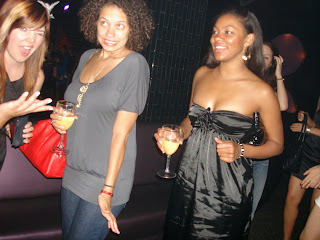 oh what a good time 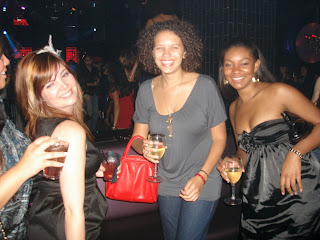 All in all a fun night but man was I ready to fall asleep by the time I got home, oh sweet bed I love you.

Saturday: After sleeping in (thank god for allergy meds), Matt and I got up, watched some college football and ate breakfast, twas lovely. After a while we ran some errands a la our parent’s houses. Afterwards my allergies officially decided to wage war against me and give me the worst headache ever. So a nap was officially in order and I didn’t wake up for four hours, so that was nice. Matt came over to get me and we headed over to his brother’s girlfriend’s parent’s (MBGP) house to watch some football and celebrate a birthday. All in all a great night, minus the watery eyes, itchy eyes, sneeziness and freaking fatigue, oy. It ended up being a pretty tame night and I went to bed fairly early and was just full on lame, but I definitely needed it.

Sunday: After and allergy med induced sleep I woke up feeling much better and did some dilly dallying around the place while Matt went to MBGP’s house for some pro football and birthdayness. Basically another lazy day, I did another 6 mile walk with my mom and met up with Matt at MBGP’s house for dinner and cake, and finally came home to catch the end of the Emmy’s (oh yes my thoughts on those winners and outfits manana).

All in all my kind of lazy weekend and just what I needed after such a busy week and ridiculous allergies that just won’t leave me alone. Hopefully this week will be a wee bit better….fingers crossed.

And how was your weekend? Sneeze free I hope :)