The keys to grownupness.

What a weekend! As you all know I moved this weekend and man was it crazy. I don’t even know how to do it all justice. That and I’m exhausted and still can’t really put a whole bunch of words together coherently. So instead I bring you bullet points, woo!

All in all it was a good weekend, a tiring one, but good nonetheless. Basically we have the best friends and family ever. So a big thanks to them for helping so much, otherwise I don’t think we could have done it all. We still have a lot to do to make it feel totally like ‘home’ but we’re making progress one day at a time. And I know I said I would include some pictures but I want to wait til things are a little more permanent looking.

But here’s one to end the post on, the new roomies proudly displaying our key, woo! 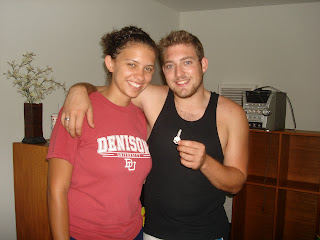 Familia, Give me my grown up badge, I’m easily amused, My Crazy Life, My friends kick ass