Things you should know.

…I have created my most perfect work out mix. Remember a while back when I was desperate for music that would get my butt moving. Well I have found it. 35 minutes of awesome for my trek on the elliptical. Will I share? Why of course:

Awesome right? Well maybe just for me, but hey it works for now so I’m not complaining.

…listening to O.A.R. and Sublime automatically makes it feel like Summertime. Don’t ask me why, it just does.

…always check your closets. There could be a homeless woman living there. No seriously, not even kidding. 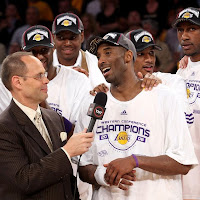 …I’m sort of a fair weather Lakers fan. There, I said it. I don’t really care about basketball nearly as much as some of my friends (and boyfriend even) but don’t get me wrong, I will sure as hell cheer for them. So of course I’m excited that we won the Western Conference, booyah. Bring on the championship!

…the kids in Knocked Up are the daughters of Judd Apatow and Leslie Mann and seriously they were cute before, they’re just super cute now. Heart them. 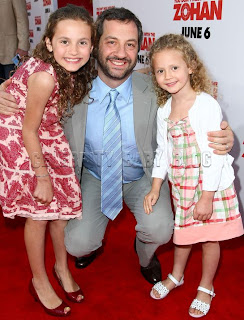 …Rihanna has a new song out, “Disturbia”, and I sort of like. And may have played it six times already today. Just maybe.

…it’s Friday. And it’s payday. And it’s supposed to be 78 degrees today and tomorrow. And not raining. Yes. Basically it means that LA is where it’s at, haha.

anything I should know today?

hope you all have a most fabulous weekend!