Everyone likes a contest, even Ryan Cabrera.

So remember a while back when I said I didn’t like Ryan Cabrera’s new look? Yeah I’m still not a huuuuge fan, but after hearing him on the radio this morning I remember why I used to love 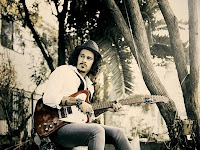 him. Yeah I said it, I was a fan, heck I was a huge fan. I played “On the Way Down” more times than I can count and probably drove my roommates crazy in the process, haha. I even went to his very first headlining concert when he performed in Columbus the night of the presidential election and it was amazing (Papa Joe was even there, haha). Anyhoo, point being, I still love Ryan and his music and his personality, he just cracks me up. So I highly recommend you check out his new single “Say” and probably his whole CD May 13, it’s probably going to be awesome. Yeah I said it, awesome.

So several bloggers have been posting stuff about Paying it Forward (and no not the movie, eck) and sharing stories of good things people have done for them or what they’ve done for other people. So I posted one of the best accounts of random kindness I have ever encountered over at Brandy’s blog and I wanted to share it again here:

A couple years ago when I was on my way back to California from Ohio I had the worst plane debacle ever, where I got rerouted, detoured and deplaned several times and ultimately got stuck in Houston. I then learned that I couldn’t leave until about 8 the next morning (this was about 6 at night). And I couldn’t help it, I started to cry as I talked to my dad on the phone, it was awful. I think I even started crying when I talked to Matt on the phone too, I was a mess. An older couple was sitting right across from me and was having the same ordeal of trying to get back to LA and saw me and my multiple break downs. Ultimately we all rebooked our flights together, but I just couldn’t stop sobbing. After I got off the phone we talked a bit and then they decided to leave and go get a hotel room. But before they left the guy came over and gave me 20$ to make sure I could get something to eat. I had money and I told him I was okay, but he insisted. It was seriously one of the nicest thing a stranger has ever done for me. And if he’s out there, thank you :)

And with that being shared I want to ask you all, what’s the nicest thing someone has done for you or that you’ve done for someone else? Share your stories. I’ll pick one (or two) people’s stories to share and send them some schnazzy prize, woot. Contest ends Friday. Good luck and can’t wait to hear your stories!