Ever have those dreams where you wake up and you just laugh or think “WTF was I smoking before I went to bed last night?” Yeah I definitely had one of those dreams last night and I think it may have stemmed from watching this video earlier in the day, but that’s just a theory.

So the dream went something like this:
I’m at work (why am I dreaming of work, really? I’d like to know). And I don’t know who I was with, probably Kimmy, and we go to walk across the street on the cross walk (do note there actually is no cross walk in front of my office, it’s sort of a death trap to cross the street thereactually) and are moseying across seeing no cars coming. And then out of nowhere this guy in a big truck comes speeding down the street and we figure he’d slow down since we’re in the cross walk, but no! The guy speeds right past us and almost hits up. So basically we do what is to be expected, we scream vulgarities and then flip the guy off, haha.

So the guys does some serious maneuvers to pull a U turn without hitting anyone and comes flying back up the street, parks and gets out of his car to come yell at us for flipping him off. But he doesn’t start to yell like we think he is. Instead he starts rapping to the beat of “Fergalicious.” Seriously, he starts saying stuff like “You’re redonkilicious, superstitilicous, retardedlicious, angrilicious you should take some chill pills and get happylicious.” I think I may have laughed out loud in my dream because I woke up laughing and thinking WTF just happened. It was pretty awesome actually.

I just hope the next person who really does get mad at me only says words that end in “licious”, it would make the disagreement that much better, haha. 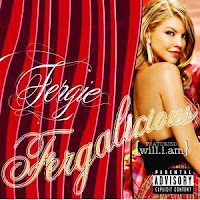