So guilty. Slap me on the wrist. Put me in the corner. I deserve to be punished. Make me watch Heidi’s dumb video again. I’m guilty.

What is I did, or didn’t do in this case, you ask? Well. Let me explain.

As I have mentioned many, many times before. I heart movies. Heck, I more than heart, I adore, I love, I live for movies. Always have and probably always will. Therefore it only makes sense that the Academy Awards is like Christmas to me. I sit in front of my TV and watch all the red carpet interviews (on multiple channels), analyze who’s wearing what, who’s actually there, who needs to brush their hair, who’s dress I’d love to wear…yeah you get the point. And then the real show begins. The awards, the presentations, the performances, ah! I love it all. I even fill out ballots, whether I’m at a friend’s party or sitting at home watching it with my parents I love to make my guesses, it’s part of the whole Oscar fun. So what am I guilty of? What’s the whole point of this post? 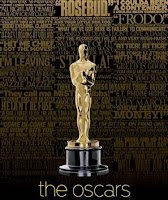 I have seen a total of two of the nominated films this year. TWO. A big whopping TWO. Ah! Who am I!?!?! Well I’ve seen two out of the main ones and eight total. But still?! Ah! I wish I could just leave work today and go watch every movie nominated for anything all day for the next three days, that’d be sweet. But alas. I will not. I will simply have to rely on the fact that both Juno and There Will Be Blood were pretty schnazzy and are my only ins to voting this year, well that and the winners from every other awards show til now. But that’s besides the point…

And with that all said (man I ramble on), let’s have a contest! Woo! I love contests! Hurrah! Well there are 24 categories of nominations, which is a lot, so I’m going to ask you to submit your picks for only a couple.

And the categories are….

BEST ADAPTED SCREENPLAY
Paul Thomas Anderson, “There Will Be Blood”
Christopher Hampton, “Atonement”
Ronald Harwood, “The Diving Bell and the Butterfly”
Joel Coen and Ethan Coen, “No Country for Old Men”
Sarah Polley, “Away From Her”

(you can check out all the nominees if you’re curious, here)

So there you go, all your choices in all their shinning glory. So make your picks and you can either email them to me (bug425@yahoo.com) or write them here. But you have to submit before the show starts (Sunday 5pt/8et), obviously.

*And big note. It’s okay if you’re as out of the loop as I am, vote anyways, you’ll still have a chance*

And the winner will receive a prize! Woo! Everyone loves prizes :)

So good luck and happy viewing! :)