I haven’t done much Hollywood posting lately, so let me fill you in a bit: 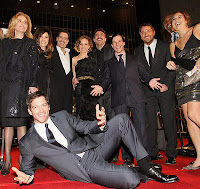 _According to TMZ everyone’s favorite dbag couple Heidi and Spencer have called off their wedding! Say it ain’t so. Actually say it is so. They are so annoying, gah. Speaking of which, The Hills finale is tonight! Eeeeee. Who’s excited?! This girl, right here. It will be 16 minutes of gloriousness followed by some “surprise announcement” what could it be??

_John Mayer was up in the hills of LA filming a new music video and the pics from it just look good. Can’t wait for him to release a new CD, he just doesn’t make bad music.

_Battle of the cuteness.
Katie out shopping with a Christmas clad Suri

vs.
Jen and a funny hatted yet still freaking adorable Violet 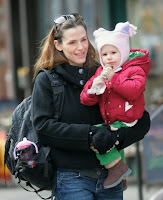 You already know my winner, but you can pick anyways.

_My coworker said that the Spice Girls were amazing. The ladies pretty much rocked it and their costumes were amazing and the set designs were to die for. All around a kick ass time. She was even in the fourth row and got to meet the Pussycat Dolls…yes color me jealous, haha. Heck I’m just glad the Spice Girls are still kickin ass. 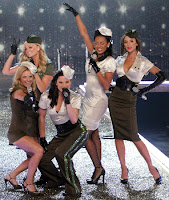 And with that said, time to get back to work! Happy Monday!