_ Top Model. Okay people. Why do you keep voting for Heather for Cover Girl of the week??? I 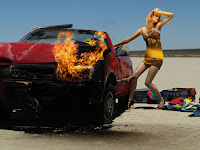 don’t get it! I think I let out a yelp last night when her name popped up for like the 6th week in a row. Why people, why? She’s not doing anything extraordinary to stand out, she takes some gothesque pics looks somewhat unique, but dag nabbit she is not the stand out! Okay moving on from Heather. Last night’s episode was okay. The girls freaking out in the desert was pretty lame, but the photo shoot I thought was cool. Even though she’s not my top, I thought Jenah rocked it. Other than that, eh. Saleisha and Lisa are still my top two faves.

_Criminal Minds. Ah. Does anyone watch this show? Anyone? Anyone?

Bueller? Okay well I’m a big fan. Granted this show takes CSI: and SVU to a whole new level. It may be one of the most disturbing yet utterly fascinating shows that I watch. Anyhoo. *spoiler for anyone who wants to watch*Last night’s episode in a word: WOW. Jamie Kennedy was the guest star killer and he was pretty freaking disturbing. I won’t get into too much detail except that it had to do with missing women and some cannibalism (ew. yuck. gag!). And that wasn’t even the kicker. At the end of the episode, Garcia (my favorite character besides Reid) finally decided to go on a date with some uber handsome guy (as she said, er something along those lines) and she’s about to kiss him, but instead hugs him. And then as he starts to walk away he says something like “I’ve wanted to do this all night” and he freaking pulls a gun and shoots her!!! I think I threw my water bottle at the ground or hit my chair with it or something. I was basically speechless. Well not speechless, I think I started cursing (well cursing like “What the crap?!?). Gah. Well that was definitely not the ending I was hoping for, but man I can’t wait to watch next week’s episode.

_And unrelated to television. Can anyone tell me why my dreams were so ridiculous last night? I didn’t take Tylenol PM, Mary Jane or anything, yet I had the most cracked out dreams ever. Dream 1. I was driving 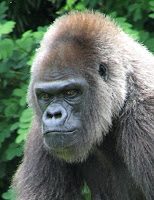 somewhere and hit a dead end. So I went into the house and asked the guy how to get to El Ceviche (ya no idea what that is) and he said the only way to get there was to go through the drain in the sink (ummm). So that sounded silly to me and I was about to walk back out to my car when lo and behold there were three gorillas dressed in suits tossing my car around. Ya so I couldn’t go anywhere. And just had to watch gorillas toss my car around (sad). Dream 2. Virginia and I went back to Denison (ah college). Yet it was completely different and she was showing me around since she was just there and we went to the new location of the radio station. And when we got there there were four guys doing a show with the blinds barely open, and they were smoking out. It was so odd.

_On Monday I am no longer a receptionist *cue angels singing songs of happiness* I’m so excited to be moving on up and be a full time Grassroots person, it will be amazing. And to think, I get to train the new guy. Me? A Trainer? A Teacher? Ah. Oh happy times.

_ As of today, Matt and I have been together a year and a half. Ah. Crazy. Woot. Love. 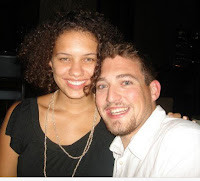 And with all that said, time to get cracking on some work…at least it’s Thursday. Holler.