Ryan is no Noah.

So I have always been a Ryan Gosling fan, there really is no denying this. I thought he was great on the Mickey Mouse Club (which I watched religiously…not even kidding), so dorkily funny in Remember the Titans, a little disturbing in Murder by Numbers (and even more disturbing when he started dating Sandra Bullock…okay moving past that), but obviously his performance in The Notebook takes the cake. That whole movie was just amazing and you basically had to love him and Rachel.

Okay but getting to my point: Ryan Gosling has come a ways from his day as Noah and you have to give him some major credit for it. He was so good in Half Nelson (heck he even got an Oscar nomination for it), he was a pretty kick ass lawyer in Fracture, and Lars and the Real Girl just looks all around quirky with a dash of some quality acting. I just love seeing stars start out young and actually make it as adult actors without loads of baggage and unnecessary drama, it’s a nice change.

The only drama that Ryan seems to have these days is that he broke up with real life girlfriend Rachel McAdams. Sad, but true. But man, what he says in his GQ article is just precious. You gotta love the guy:
“I mean, God bless The Notebook. It introduced me to one of the great loves of my life. But people do Rachel and me a disservice by assuming we were anything like the people in that movie. Rachel and my love story is a hell of a lot more romantic than that.”

And on top of it all, the man is making scruffy look good. His new GQ spread looks amazing and classic and I love it. Props to Ryan. 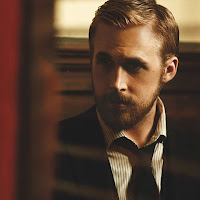 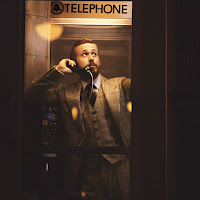