Dawson Leery is that you?

Say it’s so, all of the Dawsonites are back in action and I love it! Woo! According to Perez, James Van Der Beek is returning to television and not just on any show…but Ugly Betty, holler. Now I 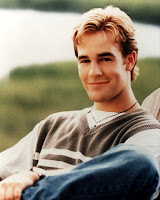 must say I watched Ugly Betty here and there last season and sometimes during reruns this summer and it’s pretty funny. A little ridiculous at times, but really, what show isn’t a little ridiculous. Anyhoo, I’m just glad to see that the star of my beloved “Dawon’s Creek” is making a small comeback. In my opinion, James is the last of the Dawsonites to reappear in entertainment….let’s recap shall we…

Other than the main kids, some Dawsonites have made some memorable TV appearances, most 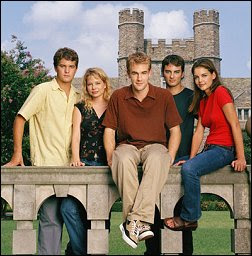 notably Monica Keena (Abby Morgan, the school bitch) on “Grey’s Anatomy” in probably one of the saddest episodes ever. Man as much as I hated her on Dawson’s I was basically in tears by the end of her episode on Grey’s, she was so good, and it was so sad. In brief, she was in a subway accident and got a huge pole stuck between her and another man, heart wrenching amazingly sad stuff. I’m pretty sure I’ve also seen Grams, Mr. and Mrs. Leery in random TV shows as well, I just can’t think of them.

Oh man, all of that Dawson’s talk took me back. I was seriously addicted to that show. So addicted that Megan and I would call each other at commercials just to talk about what had just happened, I had an entire wall in my room dedicated to the show (mostly to Joshua Jackson), and I am pretty positive I have seen every episode (not counting the final season, don’t remind me that Granville didn’t have the WB). I am also the proud owner of all six seasons, so I will always have my most favorite show with me, haha. Gotta love it.

Okay well now that I have totally outed my childhood dreams/obsession I think it’s time to stop and get to some real work. Happy Tuesday!